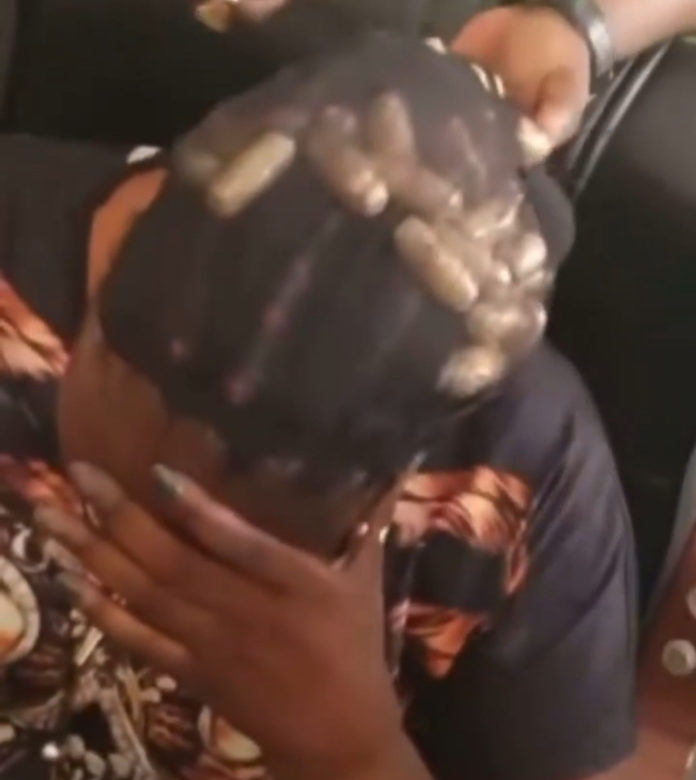 A video making the rounds online show the moment airport authorities found that the beads on a woman’s head were actually drugs concealed as beads.

In the footage, the airport authorities are seen removing the woman’s hair net to reveal that the beads were just placed atop her head and not attached to her hair.

The beads were poured into a bowl while the woman covered her face in shame as they filmed.

Nigerians Mourn As A Young Man, David Ntekim-Rex Was Shot &...