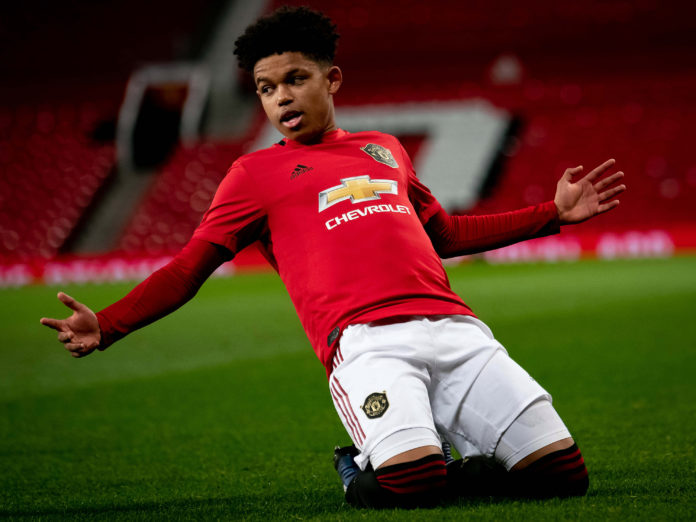 Shola Shoretire has signed his first professional contract with Manchester United and has already been training with the first team.

The forward, who has been at United since the age of nine, put pen to paper on a professional deal last week just after turning 17.

He is highly regarded as one of the brightest young talents in the club’s under-23s side and scored a hat-trick in their 6-4 comeback win against Blackburn Rovers on Friday night. His efforts haven’t gone under the radar as Ole Gunnar Solskjaer has asked him to join first team training again.

The 17-year-old only pushed into the U23s in September but has already impressed his coaches with his quick progress. He’s played up an age group throughout his entire career, showing great confidence and ability.

The forward, who can operate as a winger, a No 10 and also as centre forward is versatile and you can see the quality in his technique and touches. His work rate this season has improved and he is already being tipped for a big future.