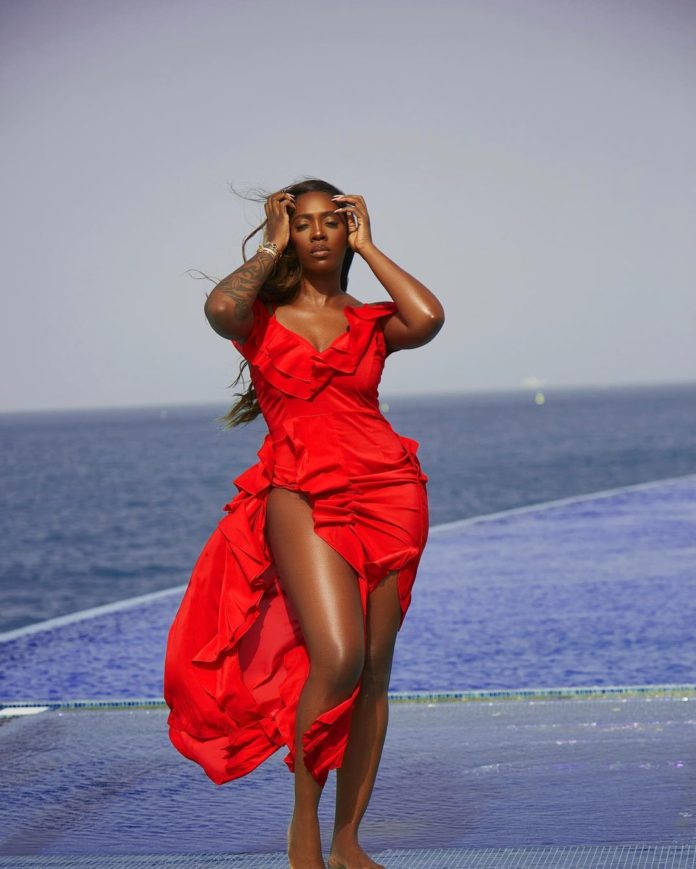 Tiwatope Savage known professionally as Tiwa Savage, is a Nigerian singer, songwriter and actress. Born in Isale Eko, she relocated to London at the age of 11 for her secondary education.Savage was married to Tunji “Tee Billz” Balogun. On 23 November 2013, the couple held their traditional marriage at the Ark in Lekki. The couple’s white wedding was held on 26 April 2014 at the Armani Hotel in Dubai. On 1 January 2015, Savage and Balogun announced that they were expecting their first child together. Six months later, Savage gave birth to their son.

On 28 April 2016, Balogun accused his wife of infidelity and his mother-in-law of witchcraft. In a 45-minute interview conducted by This Day newspaper and Pulse Nigeria, Savage extensively addressed her husband’s lengthy social media posts regarding their marriage. She debunked her husband’s infidelity claims and accused him of financial recklessness, drug addiction and abandonment. She said her marriage to him was over.

The singer is 41 today and looks beautiful for her age.

Check Out Mercy Johnson & Juliet Ibrahim’s Outfits To The Glo...