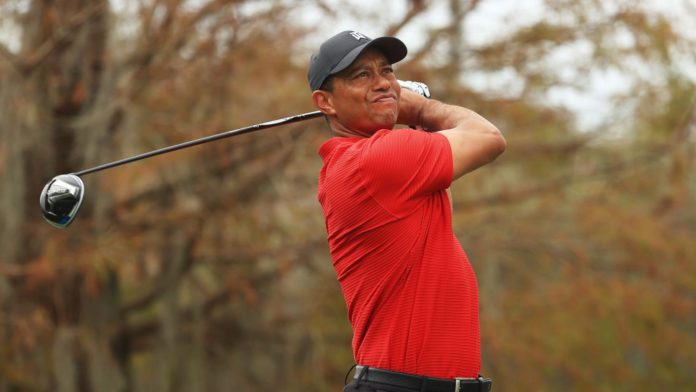 The management of Golf legend, Tiger Woods has revealed that he is currently awake and recovering in the hospital after his terrible car accident.

We reported that Woods is on admission at a hospital after a car crash in L.A. County.

The golfer was pulled from his vehicle after the terrible crash which occurred on Tuesday.

L.A. Sheriff’s Department said at 7:12 AM, they responded to a single vehicle roll-over traffic collision on the border of Rolling Hills Estates and Rancho Palos Verdes.

However, his management in an update via an official statement released on his official account on Wednesday, said Woods is recovering after his surgery at Harbor-UCLA Medical Center.

“We thank everyone for the massive support and messages during this tough time.

“As previously stated, Tiger was involved in a single-car accident earlier this morning in California.

“He has undergone a long surgical procedure on his lower right leg and ankle after being brought to the hospital.

“He also had open fractures affecting both the upper and lower portions of the tibia and fibula bones.

“He is currently awake, responsive, and recovering in his hospital room.

“We thank the wonderful doctors, hospital staff at Harbor UCLA Medical Center, the Los Angeles County Sheriff’s Department, and the Fire Department for their outstanding support and assistance.

“Also, we thank you all for your well-wishes and ask for privacy for him and his family,” the statement read.