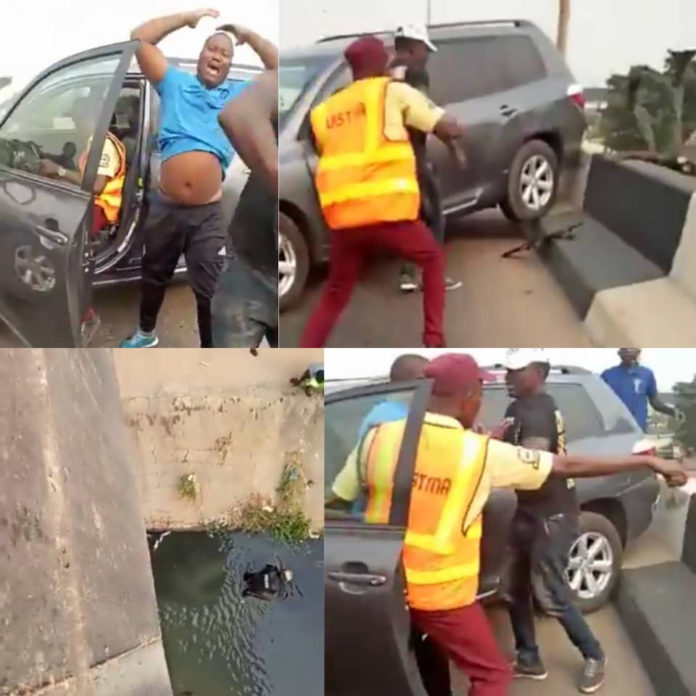 A video of an erring driver hitting a police officer off the bridge while trying to resist arrest has surfaced online.

According to the footage, the driver was driving against traffic and was apprehended by security agents which includes LATSMA officials and police officers. In his attempt to flee the scene, the driver in the process hit the police officer who was standing behind his vehicle. The police officer fell off the bridge and into the canal. Thankfully he survived the fall.

The driver became terrified and began to plead for forgiveness.

Moment a driver escaping from LASTMA hit a police officer off the bridge #Nengi #NickiMinaj pic.twitter.com/imIhqvHjHS