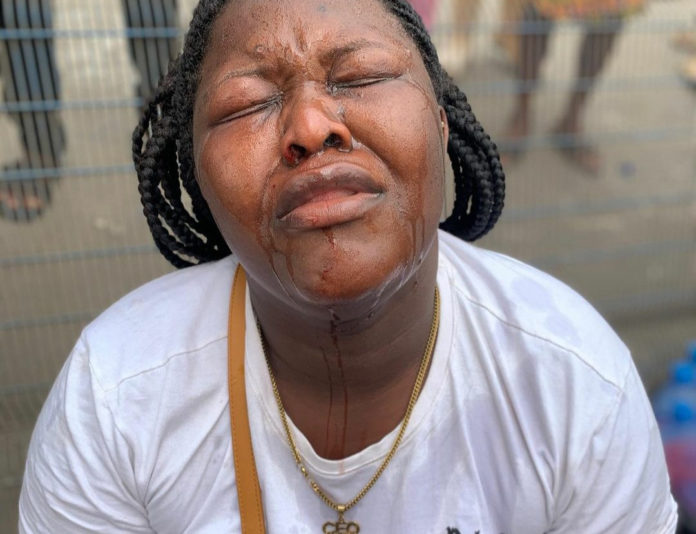 A woman took to Instagram to show the injury allegedly inflicted on her by a Bolt driver.

She explained that she ordered a ride and saw the estimated cost to be 1,100 Naira. However the driver allegedly chose to take a longer route despite her objections.

She said he ended up meeting traffic at the longer route and by the time the trip ended, the fare came up to 1,300.

She said she refused to pay and only gave him the 1,100 estimated initially so he allegedly attacked her and her sister, leaving her with a swollen eye. 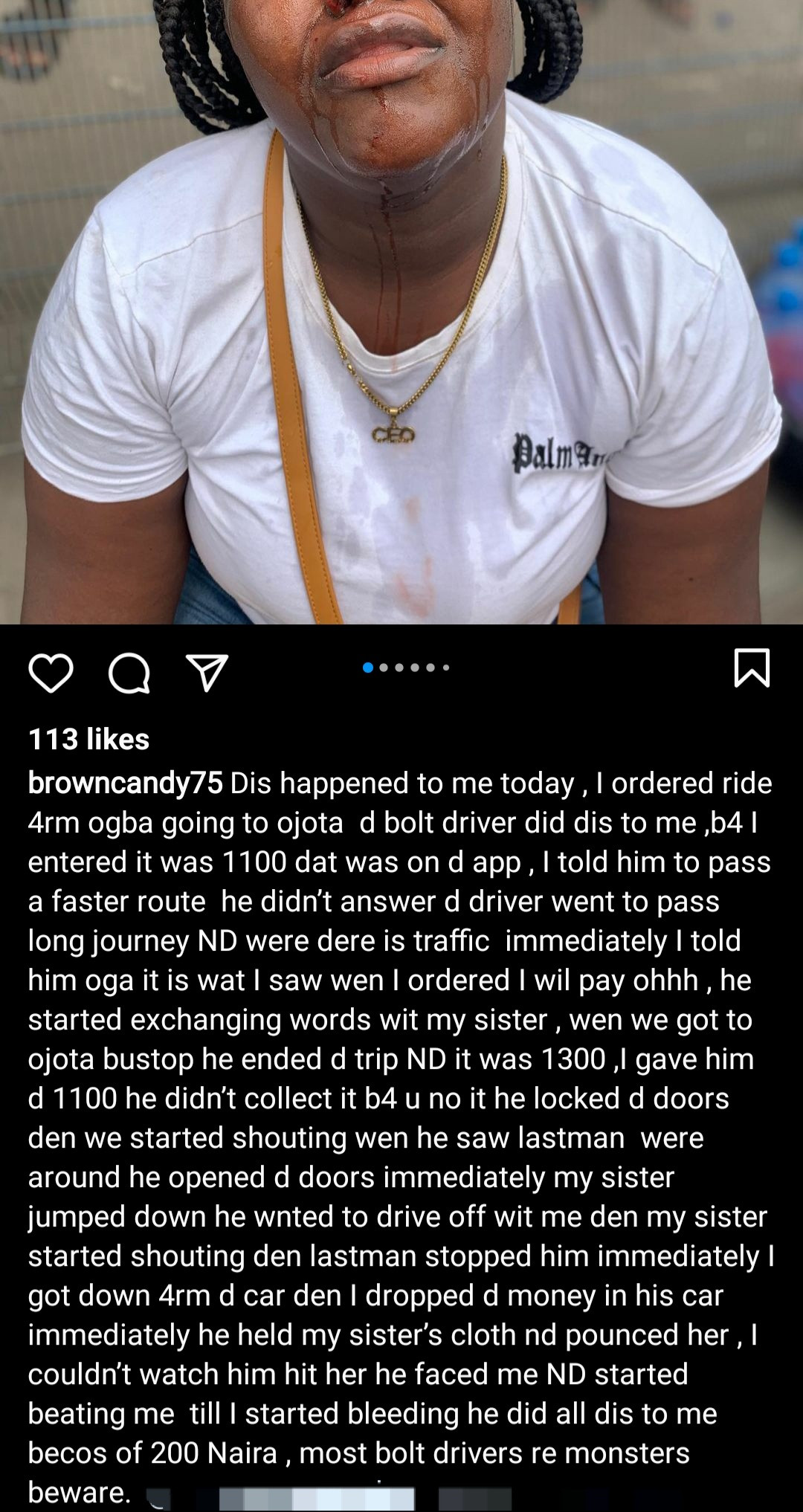 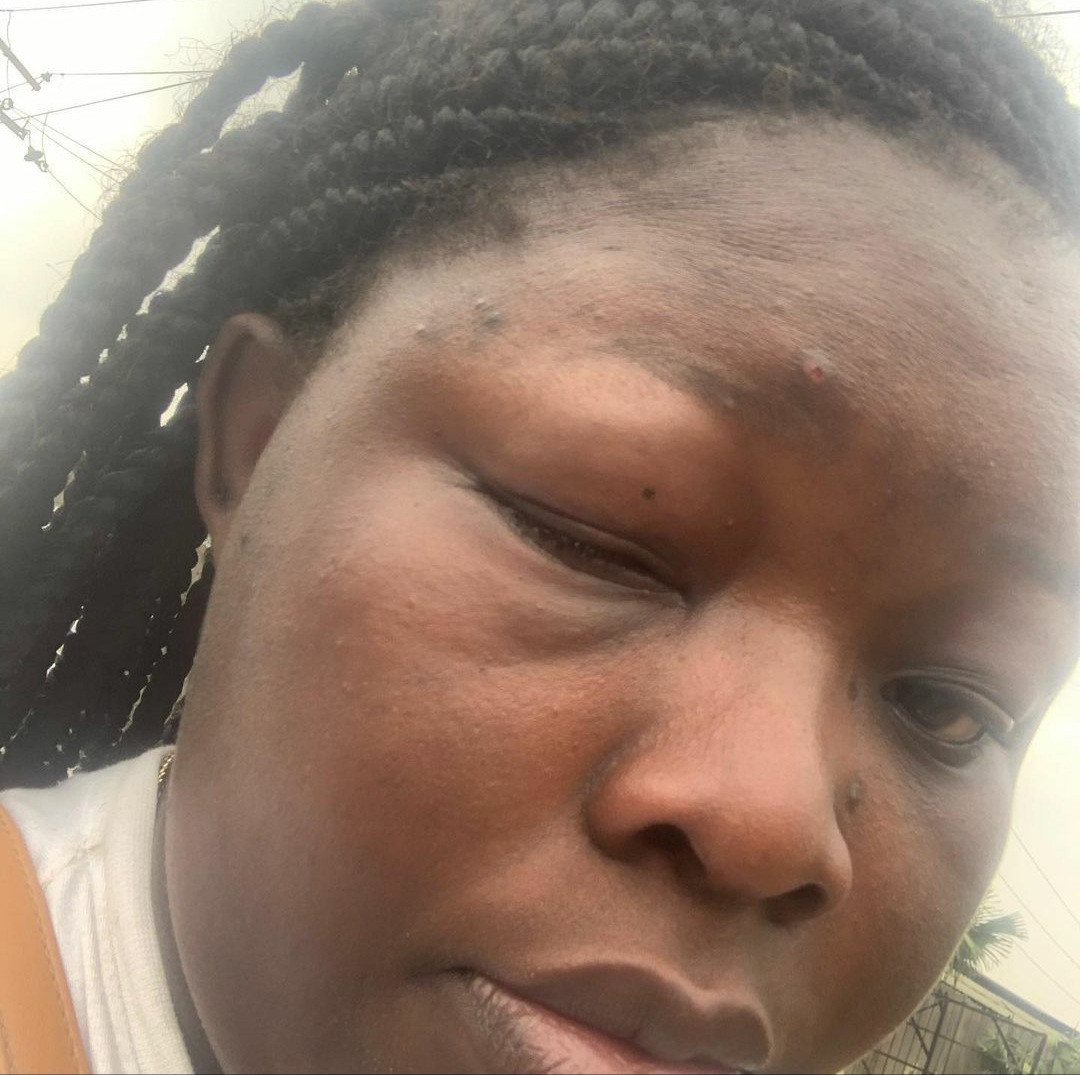 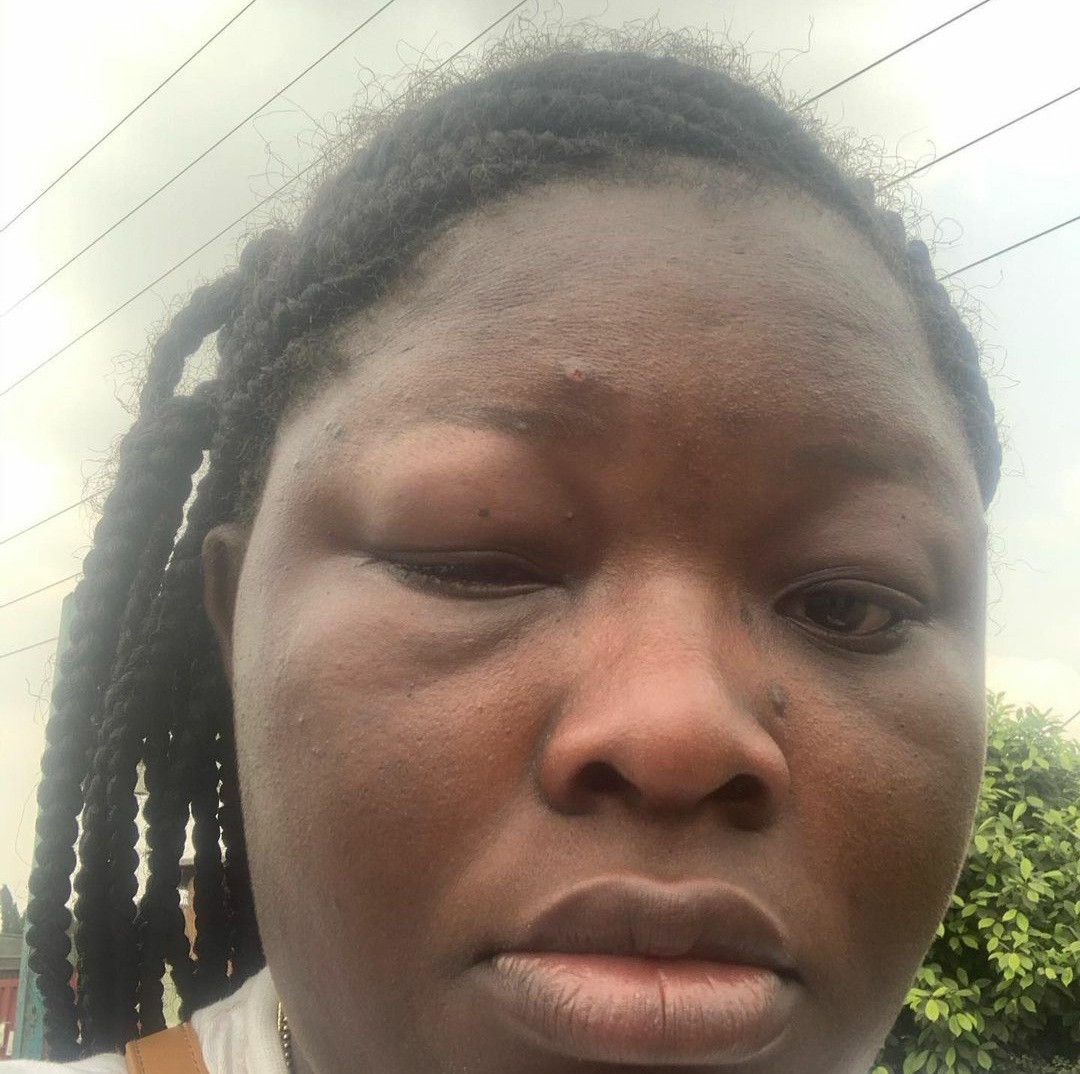 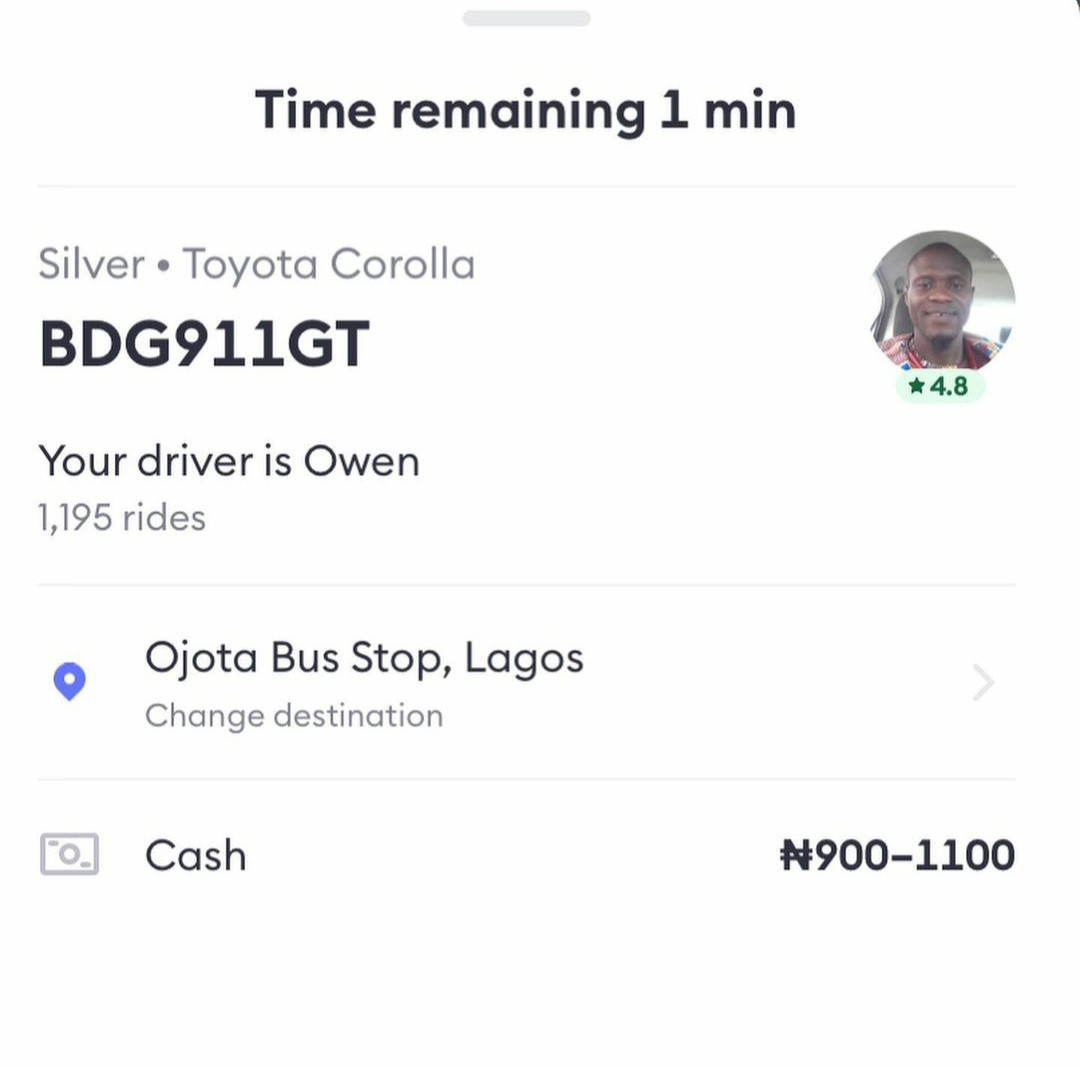