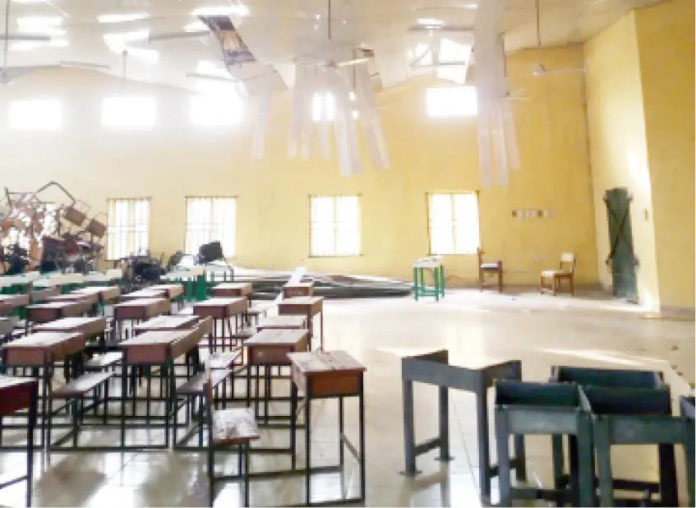 One of the teachers at Government Girls Secondary School, Jangebe, in Talata Mafara Local Government Area of Zamfara State has claimed that close to 550 students were abducted by gunmen who stormed the school in the early hours of today February 26.

The teacher who spoke to Daily Trust said out of 600 students of the school, about 50 were left behind.

He also disclosed that parents of the students who escaped the abduction, came as early as 5am to take away their daughters, adding that some mothers of the kidnapped girls were slumping on the school premises.

“When the gunmen laid siege, they attacked the soldiers stationed in the community before they gained entry into the school.

“Some people told us that they stationed vehicles at the outskirts of the school.

“Security operatives and the local vigilante groups are trailing the gunmen and dozens of other residents have volunteered to take part in the search.”