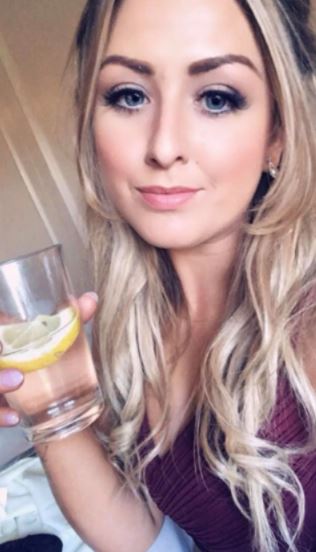 A mum took her own life after struggling to deal with being raped by a gang and other series of devastating events.

According to a Coroner’s Court in Hull, UK,  Nicola McIntyre, 32, suffered from mental health issues after enduring flashbacks of a horrific gang rape and being “betrayed” by a work friend.

She was found dead at her home last August after taking a number of prescribed medications.

The shop worker has been described as “kind, loving and so much fun” by her two sisters.

Her sister Sarah McIntyre said: “She lit up the room and loved to laugh. At family gatherings, you would always know where she was because you could hear her laughing.

“She was really family orientated, and loved children and animals – more often than not you’d find her sat on the floor playing with children and our family dogs.”

She added: “Nicola was incredibly creative. She loved writing stories and crafting, often making family members thoughtful, personalised gifts… She was really house proud and was a big Mrs Hinch fan, and loved sharing her cleaning hacks with us.”

An inquest into Nicola’s death heard she suffered with mental health issues, which began just aged four, when her parents split up.

The split “changed her world,” according to her sister Sarah.

After leaving school aged 16 to become an apprentice hairdresser, Nicola went on to have a number of difficult relationships from the age of 19, the court heard.

Nicola had a son but the relationship with his dad sadly broke down.

Nicola moved out of their flat and moved into a council house after her relationship with them son’s dad broke down. She later moved into a new house after meeting her latest partner.After securing a new job, she became friends with a colleague who she suspected was sleeping with him.Around the same time, she started experiencing “vivid memories and flashbacks” of a gang rape involving a group of men.Her Sister, Hayley Todd told the court: “I could see that she was changing and becoming deeply depressed.

“She told me that she went to get help from multiple mental health charities. She told me that she felt that no one was helping and that she was failing.”The court heard that Nicola was unwell and frightened in the final month of her life and “she would go nuts”, according to Hayley.

Hayley added that the coronavirus lockdown also had an adverse effect on Nicola’s mental health while difficulties in her circle of friends “made her feel more anxious”.

On August 27, Hayley said Nicola seemed “very happy” when the three sisters took part in a three-hour WhatsApp video call.The call ended at 6pm and after making plans to meet up with sister Sarah for dinner the following week. “I text ‘I love you’ and she said it back and that was the last I heard from her,” Sarah said.They were informed of Nicola’s death in the early hours of the following morning after she was discovered unresponsive in her home before being transferred to Hull Royal Infirmary where she was later pronounced dead.

Sisters leave decomposing corpse of their mother in their Benin apartment...