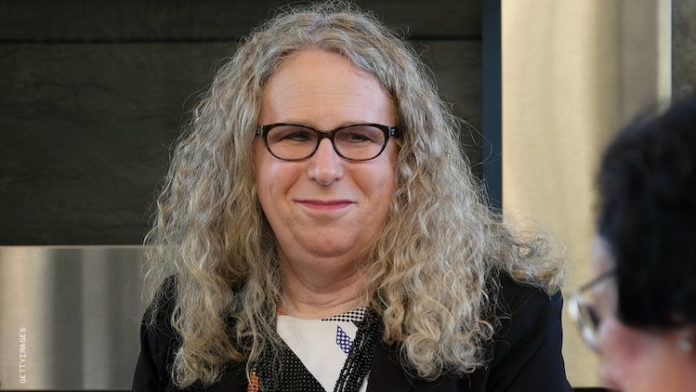 Levine was previously Pennsylvania’s secretary of health, where she led the commonwealth’s COVID-19 response. She will now serve as the assistant secretary of Health and Human Services in the Biden Administration.

In a statement, Levine thanked those who backed her nomination by President Joe Biden and addressed the LGBTQ community for its unwavering support.

“Only through your work and advocacy over many decades is my story possible,” she said.

“I am humbled to be the first transgender individual to serve in a Senate-confirmed position. As Vice President Harris has said, I recognize that I may be the first, but am heartened by the knowledge that I will not be the last.”

He criticized her for a lack of accountability, transparency, and proper oversight as thousands of seniors died in nursing homes and long-term care facilities during the Covid-19 pandemic.

“In Pennsylvania, the pandemic struck seniors in nursing homes disproportionately hard compared to other states. This was due in part to poor decisions and oversight by Dr. Levine and the Wolf administration,” Toomey said in a statement Wednesday.

“Moreover, the commonwealth’s extended economic lockdown that Dr. Levine advocated for was excessive, arbitrary in nature, and has led to a slower recovery. While I appreciate Dr. Levine’s service and responsiveness to my office over the past year, she has not earned a promotion to help lead the U.S. Department of Health and Human Services and I cannot support her confirmation.”

Levine began her medical career as a pediatrician at Mount Sinai Medical Center in New York, and she is a professor at the Penn State College of Medicine, where she teaches on topics such as adolescent medicine, eating disorders, and transgender medicine. She is a graduate of Harvard College and the Tulane University School of Medicine.

In a statement in January about the nomination, President Biden said Levine “will bring the steady leadership and essential expertise we need to get people through this pandemic — no matter their ZIP code, race, religion, sexual orientation, gender identity or disability — and meet the public health needs of our country in this critical moment and beyond.”

Nigeria Is In A Mess Now Because GEJ’s Administration Lacked The...