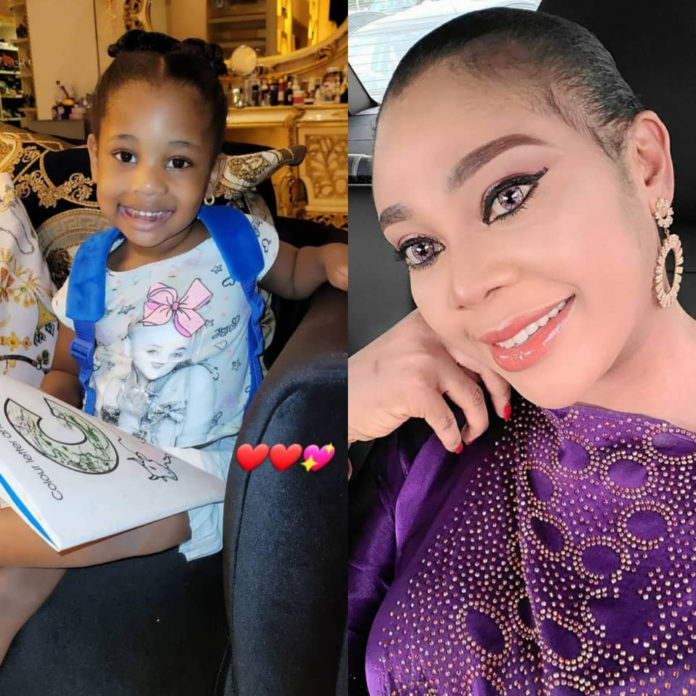 Interior designer, Ehi Ogbebor took to her Instagram page this afternoon to slam a school over the term of admission the management of a school sent to her before her youngest child, Ibuere, can be admitted into their school.

Ibuere is the product of her short-lived marriage to billionaire businessman, Ken Bramoh.

In a post she shared this afternoon, Ehi stated that two school interviews have been done but she isn’t satisfied. Although she didn’t mention the name of the school, the single mum of three said one of the schools had the audacity to tell her no admission for her child until both parents are jointly interviewed.

Ehi in a chat with some of her followers pointed out that the school sent a mail to her saying a joint interview with the parents of the child is needed before she can be admitted. She said she wished they said it to her face.

Cardi B Didn’t Trust Fiancé Offset Until He Proposed, Reveals His...