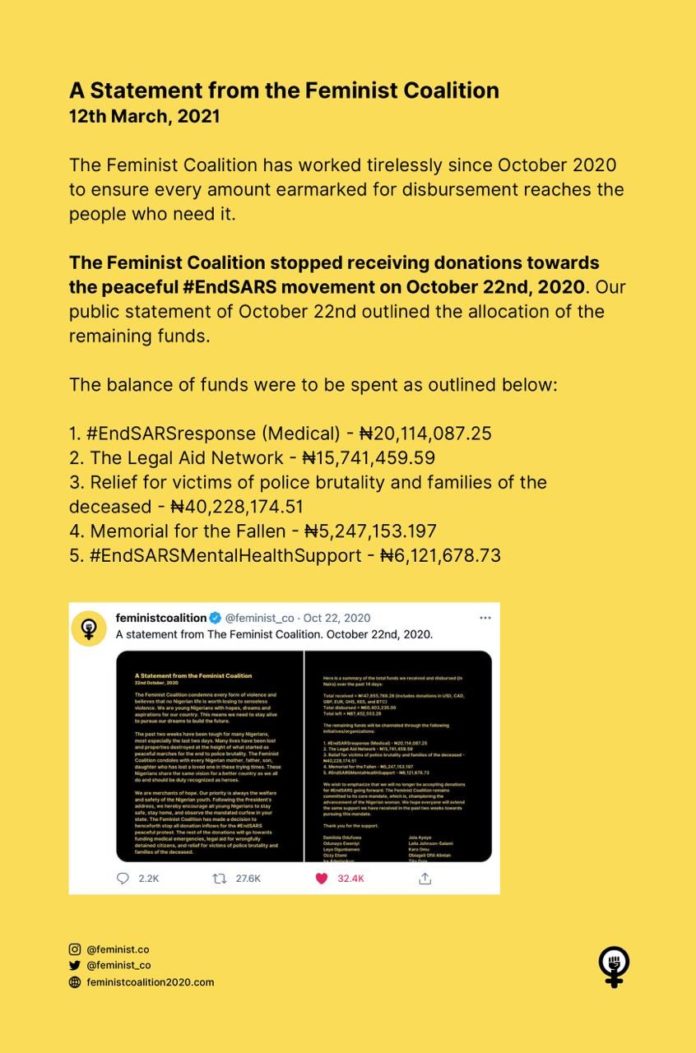 Feminist coalition has released a statement after being called out for allegedly making a withdrawal of $51,000 worth of Bitcoin from the End SARS donation wallet quietly.

Read the statement below: 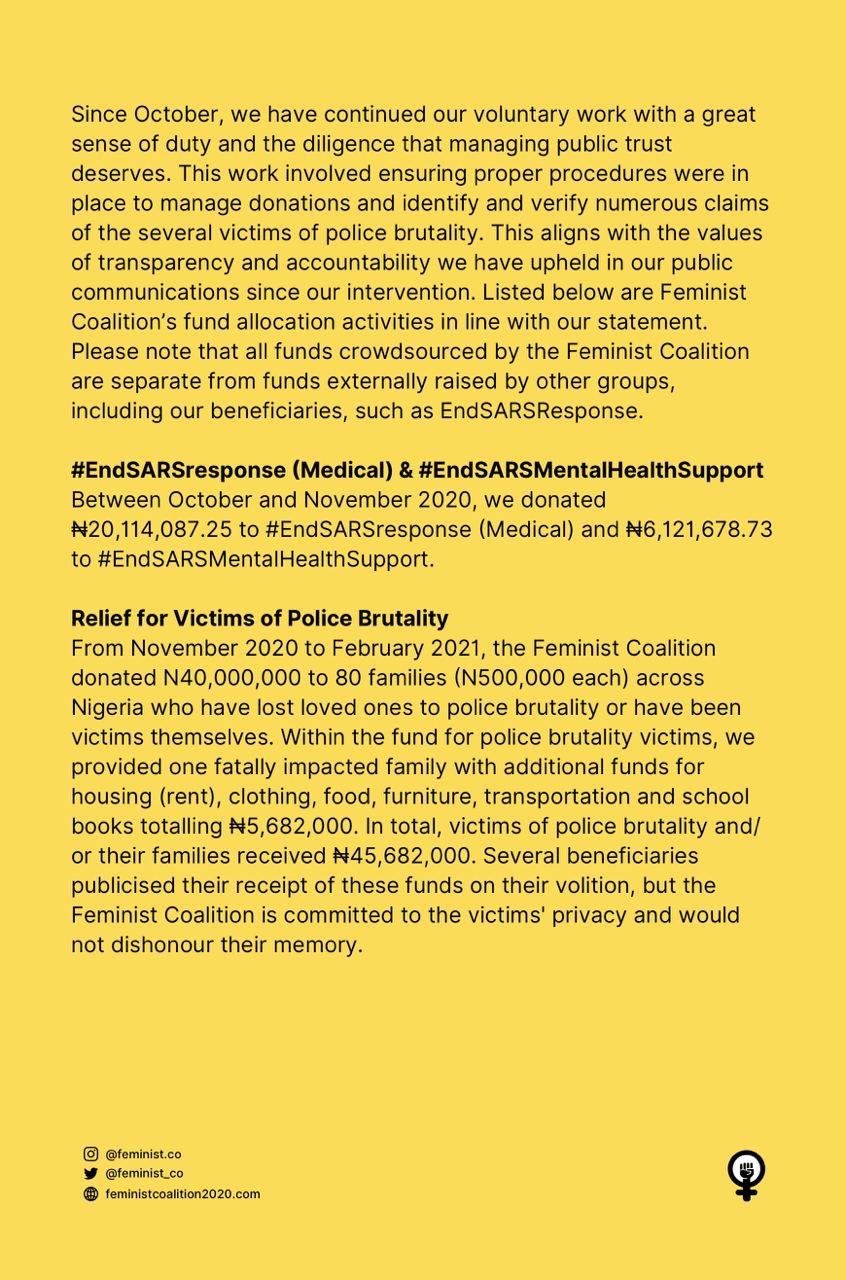 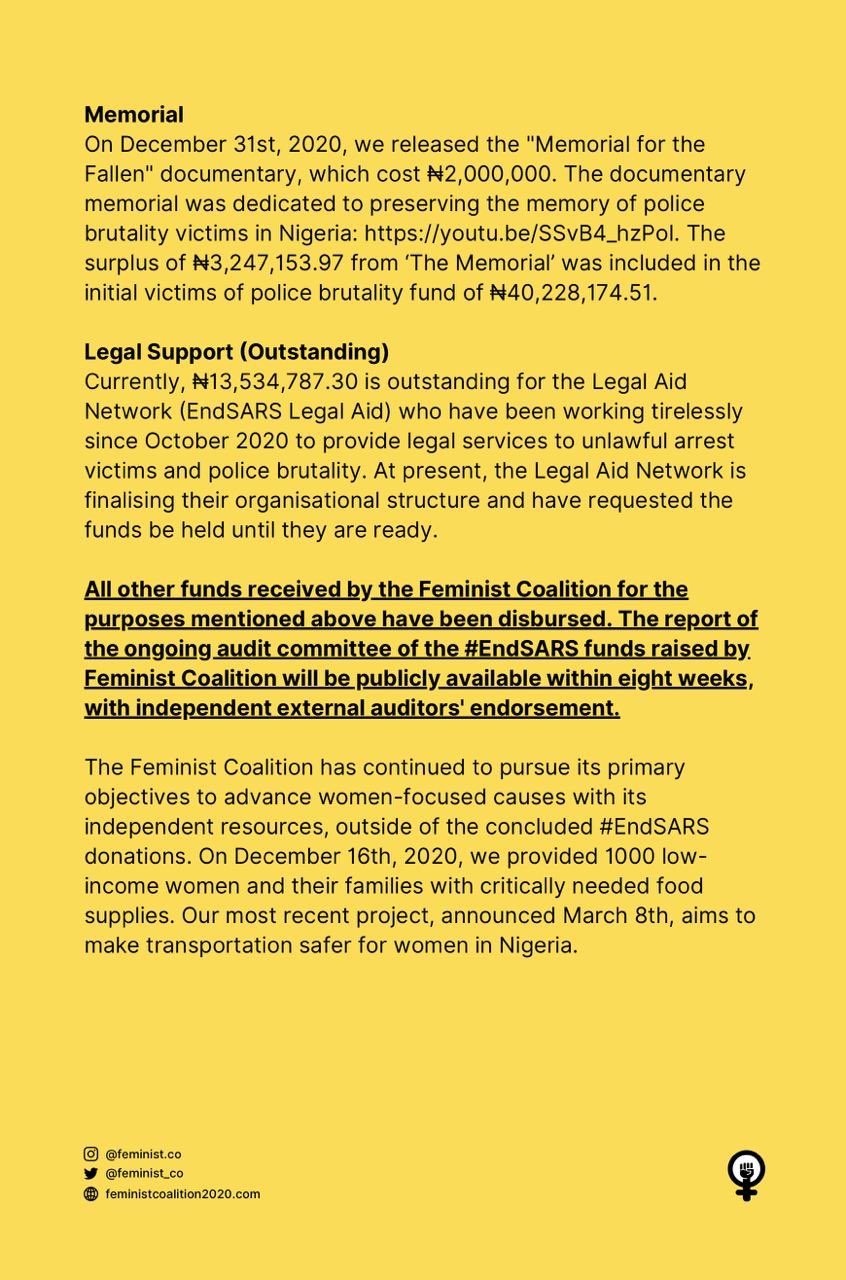 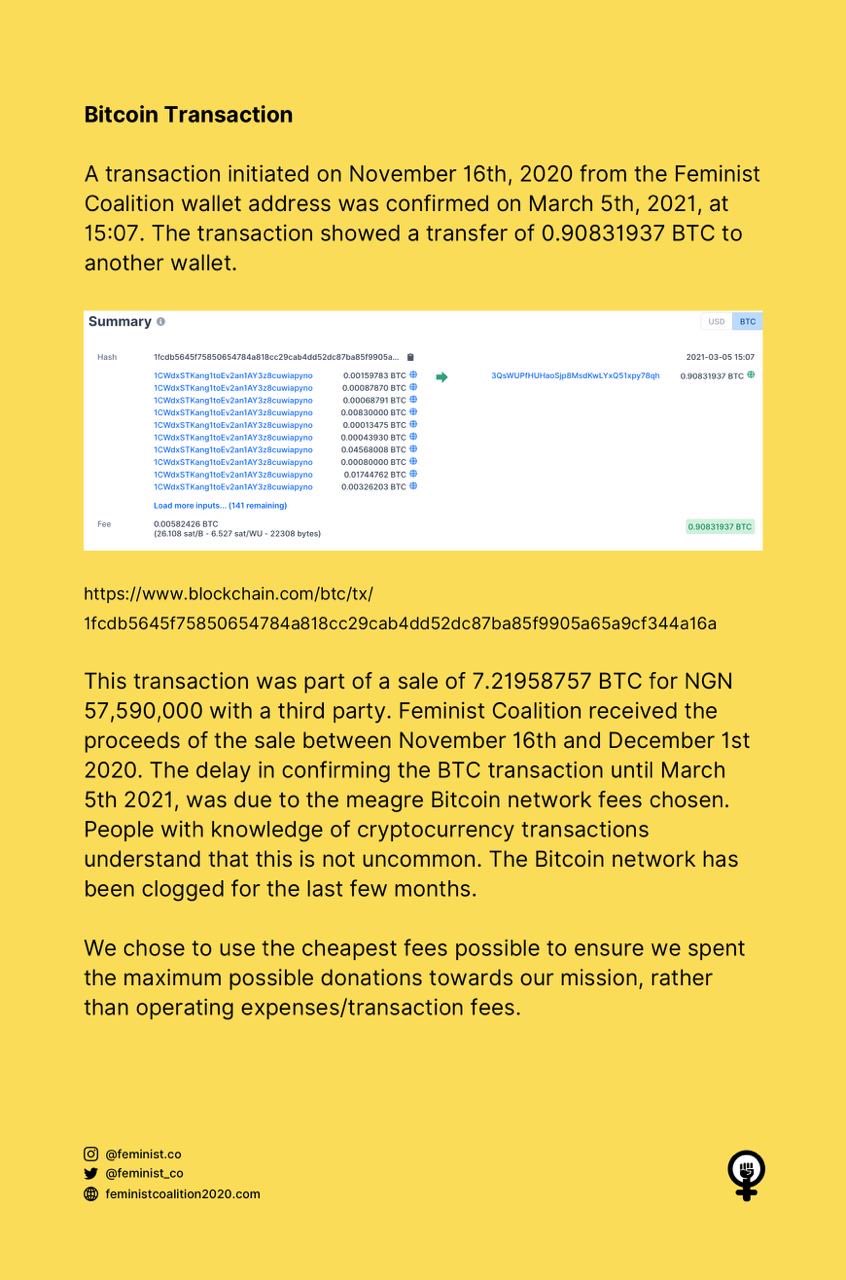 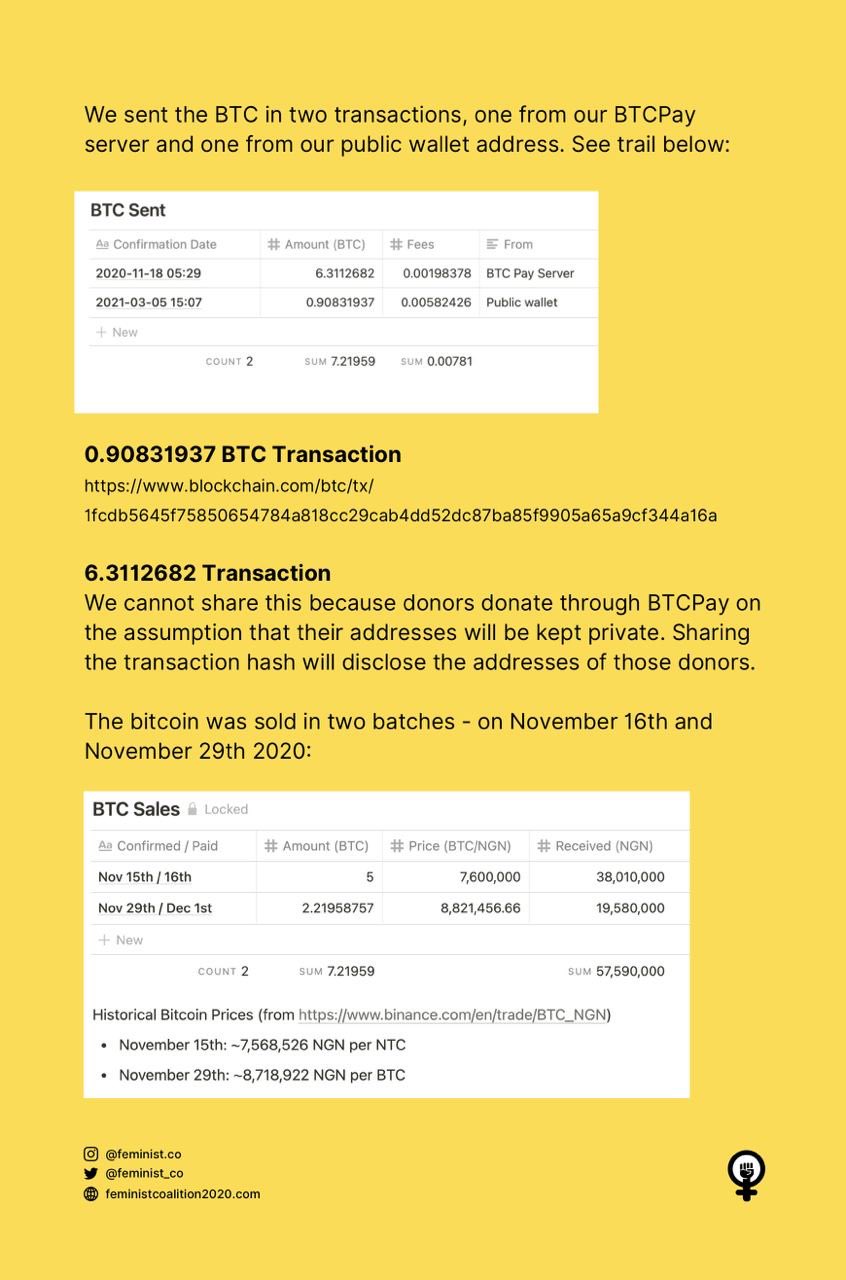 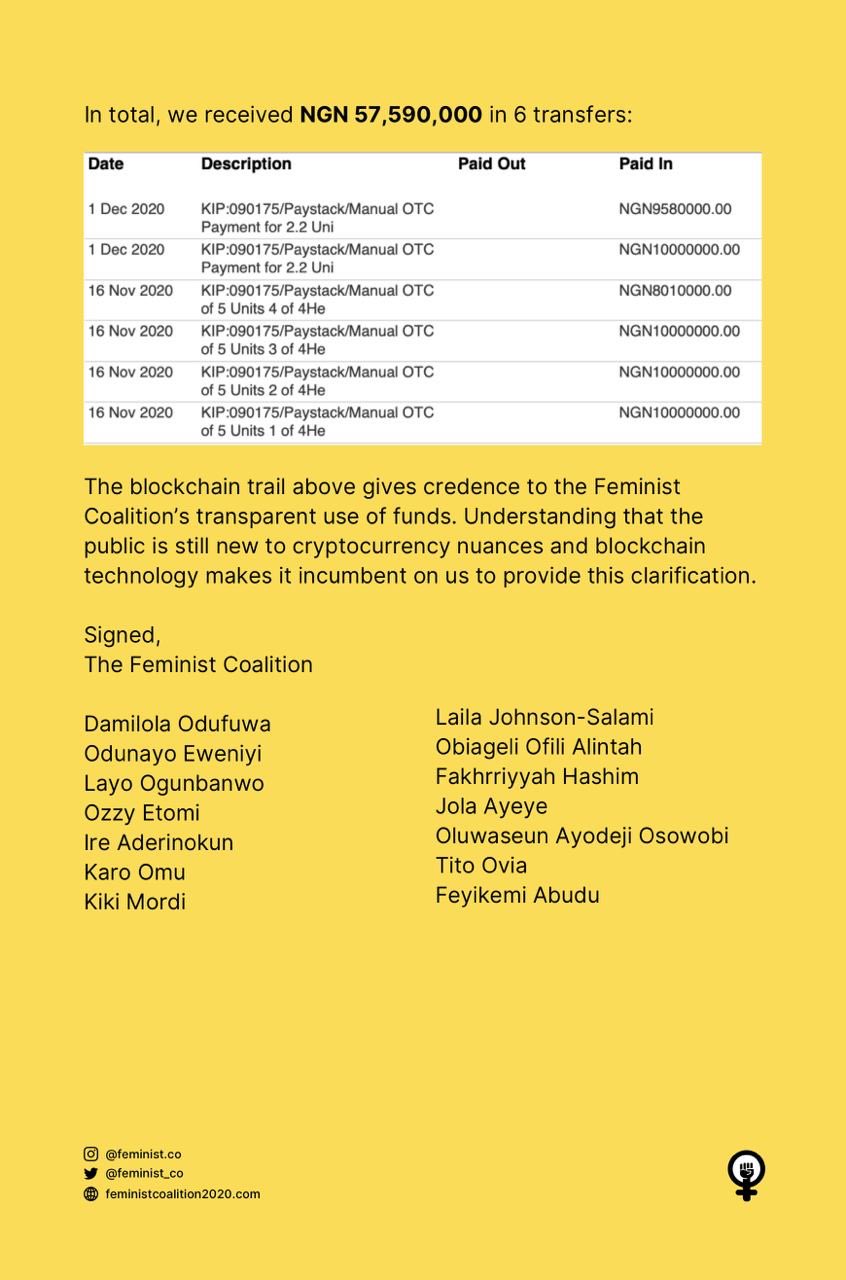