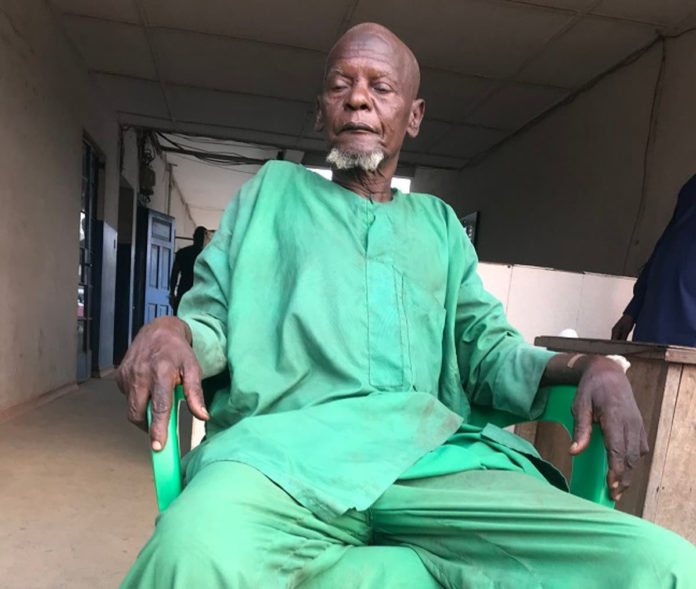 Suspected kidnap kingpin, Iskilu Wakili has said that he fainted about three times while being taken to the police station after his arrest on Sunday March 7.

Wakili who has been accused of being behind killings, kidnapping and other criminal activities in Ibarapa, Oke Ogun, Oyo State, was arrested by a joint team of Ibarapa security operatives, including Oodua Peoples Congress, Vigilante, and other groups.

Recounting his experience at the State Criminal Investigation Department at Iyaganku, Ibadan, Wakili said he was alerted by the women in his compound of the presence of those who arrested him.

“I told them to run for their lives, but I stayed back, lying down because I was sick and unable to run.

“I fainted several times before we got there. From the police station, we were moved to the State Criminal Investigation Department, Iyaganku, Ibadan.

“I later learnt that my house had been razed and my son’s wife, called Kande, was shot. She’s lying in the mortuary now.”

Oyo affairs reported that Wakili denied being a kidnapper and also recalled paying a ransom to the tune of millions after two of his children were kidnapped.