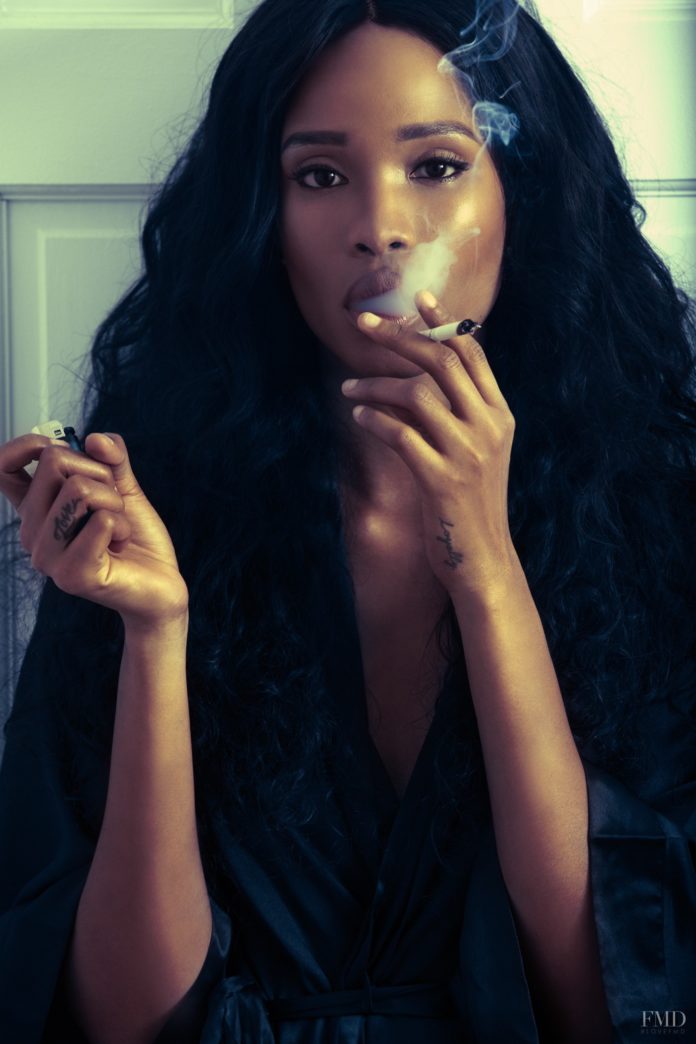 The model, who is based in the US, stated this on her Instagram story following Meghan Markle and Prince Harry’s sit-down interview with Oprah Winfrey.

During the two-hour long special, Meghan shared some of the most harrowing experiences from her time as a member of the royal family, including racist British press coverage, double standards regarding her son and suicidal thoughts.

“I hate the British Monarchy” 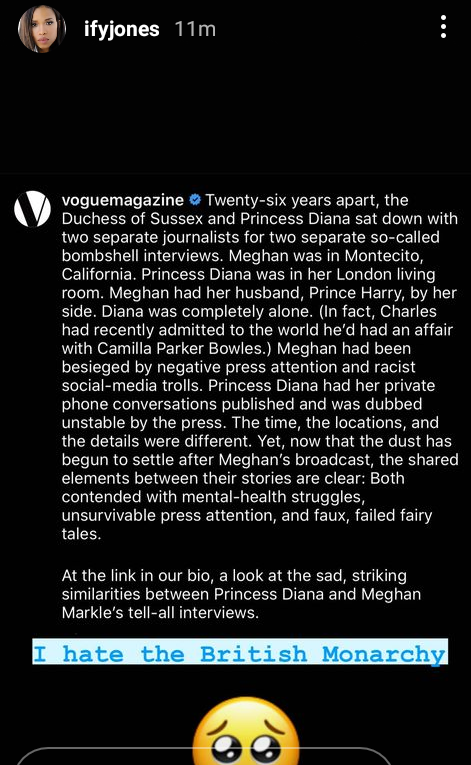