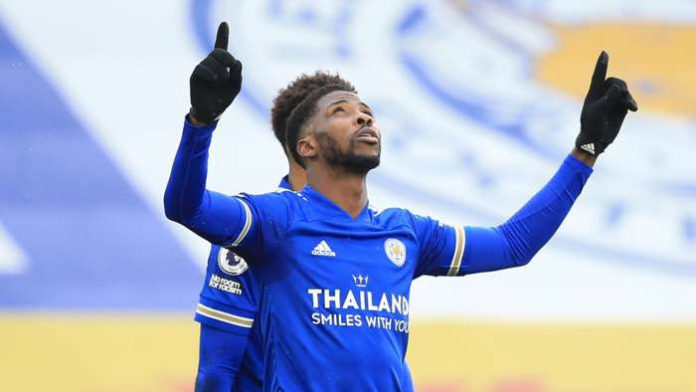 Sheffield, threataned by relegation and with a new manager went to the King Power Stadium, hoping to fight, but were blown away by Leicester, a team on fire this season in the premier league.

Iheanacho, who has been experiencing a resurgence in his career, put Leicester City up in the 39th minute after a Jamie Vardy’s assist, the first time he’s scoring in three consecutive league games in his career.

In the 64th minute, Ayoze Perez doubled his side’s advantage after  some good football from Marc Albrighton.in the 68th minute, Iheanacho got his second goal after receiving a first time pass from Jamie Vardy.

His third goal came in the 78th minute from a assist from National  teammate Wilfred Ndidi assist. Just 30 yards from goal, Kelechi put a low shot past a helpless Ramsdale.

In 80th minute, Ethan Ampadu scored an own goal.

? “To all the mothers in the world for taking care of us, I wish them all happy mothers day.”

Kelechi Iheanacho dedicates his hat-trick to all the mothers in the world, what a guy ? #MothersDay pic.twitter.com/SDeJx0pgl7