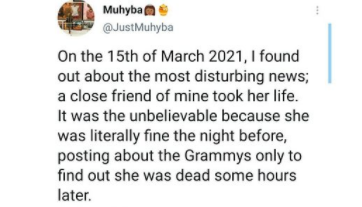 A young Nigerian lady has committed suicide after she was falsely accused of theft by her mother and grandmother.

A friend of the deceased who shared the story online said she got the news of her death on March 15 and was shocked when she was told that she had committed suicide. The Twitter user said she was couldn’t believe the sad news because her late friend was very boisterous and was very happy the day before she died as she kept on posting about the Grammys.

She said his investigation showed that the deceased committed suicide because her mother and grandmother accused her falsely of theft.

”On the 15th of March 2021, I found out about the most disturbing news; a close friend of mine took her life. It was the unbelievable because she was literally fine the night before, posting about the Grammys only to find out she was dead some hours later.

This is the most vibrant person I’ve ever known. What happened? Almost no one could answer the question at the time and most of us just seemed to assume it was depression and she was just masking it with a smile. I have known her for a long time and even with personal issues, it never got so bad that she’d actually take her own life. I found it too hard to believe.

So I did some digging to the best of my abilities. I discovered it wasn’t entirely depression. It was family issues and ultimately emotional abuse that pushed her off the edge. I was able to get some chats before the family seized her phone. Chats between her and her mother. Apparently, her and her grandma accused her of taking a large amount of money which she had nothing to do with.She pleaded with them of her innocence and it seemed it had been happening for a while but no one believed her. I will attach the chats below. She was reaching her breaking point due to the constant emotional abuse from her family. They threatened to arrest her for a crime she didn’t commit.

She reached her limit and reached out to them one last time but all they did was more threats and emotional and mental abuse. She bought sniper, snapped it and told them of what was coming, they didn’t seem to care. She took her life over something that could’ve have been avoided. I am posting this because I have been seeing strange comments regarding her death. Stop your speculations.

I also want to raise awareness on the affects of words of family members, especially parents and guardians. My friend died because she was bullied by her own family so much that she felt alienated.

If you can’t be kind, don’t have kids. Stop bring children to this world to suffer. Parents should learn how to show their children love and affection, most times parents care only about physical health and not mental health . Below is the chat with her mother” 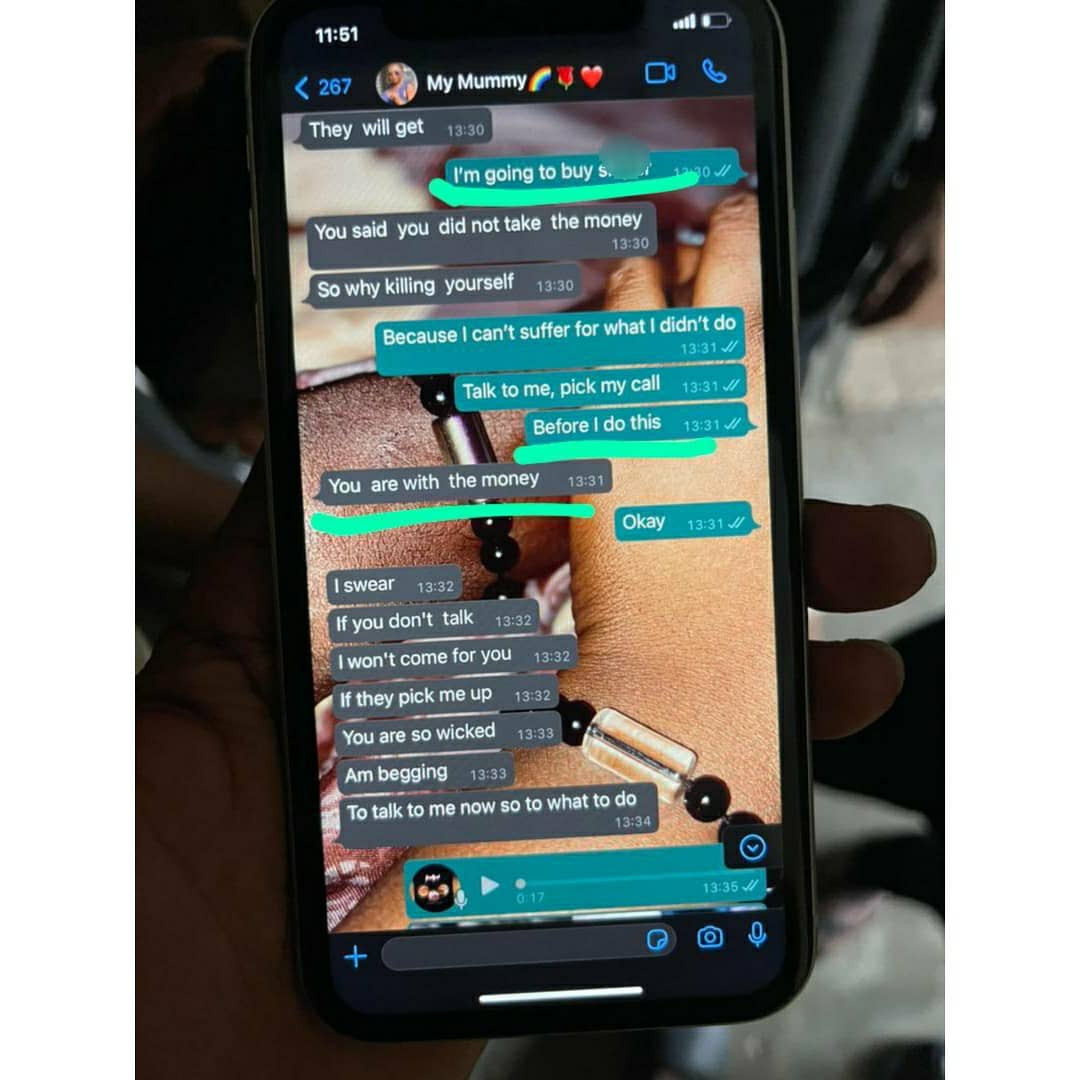 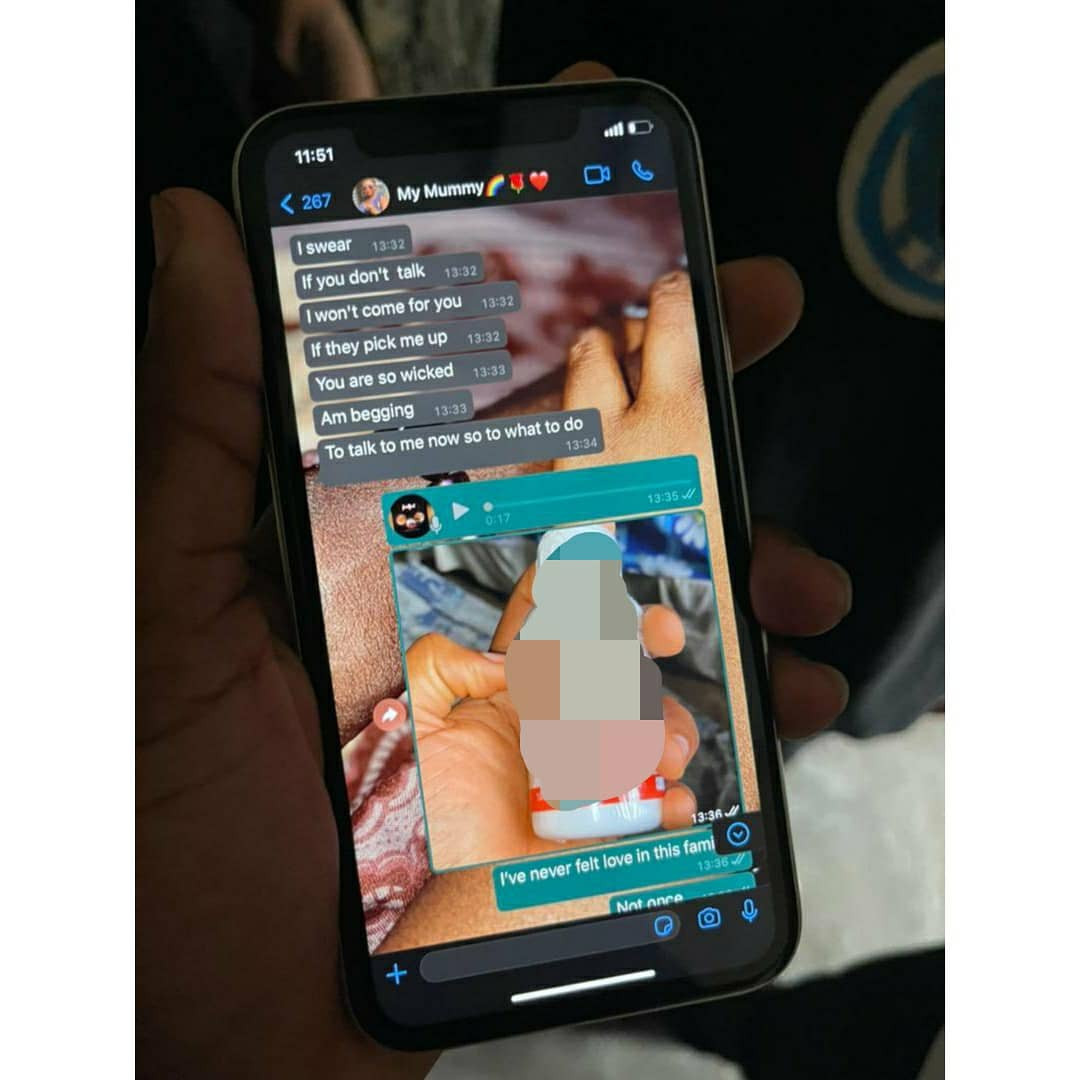 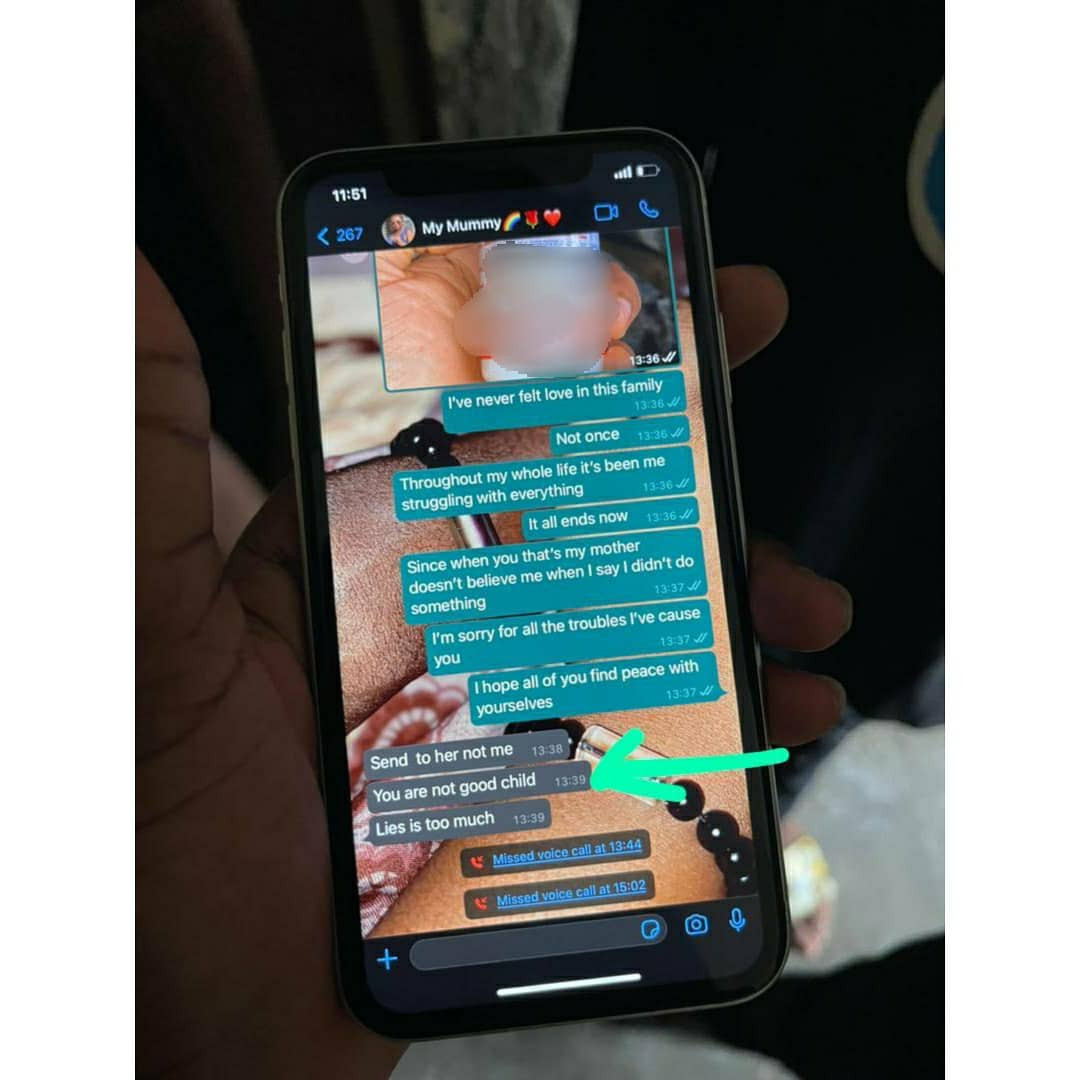 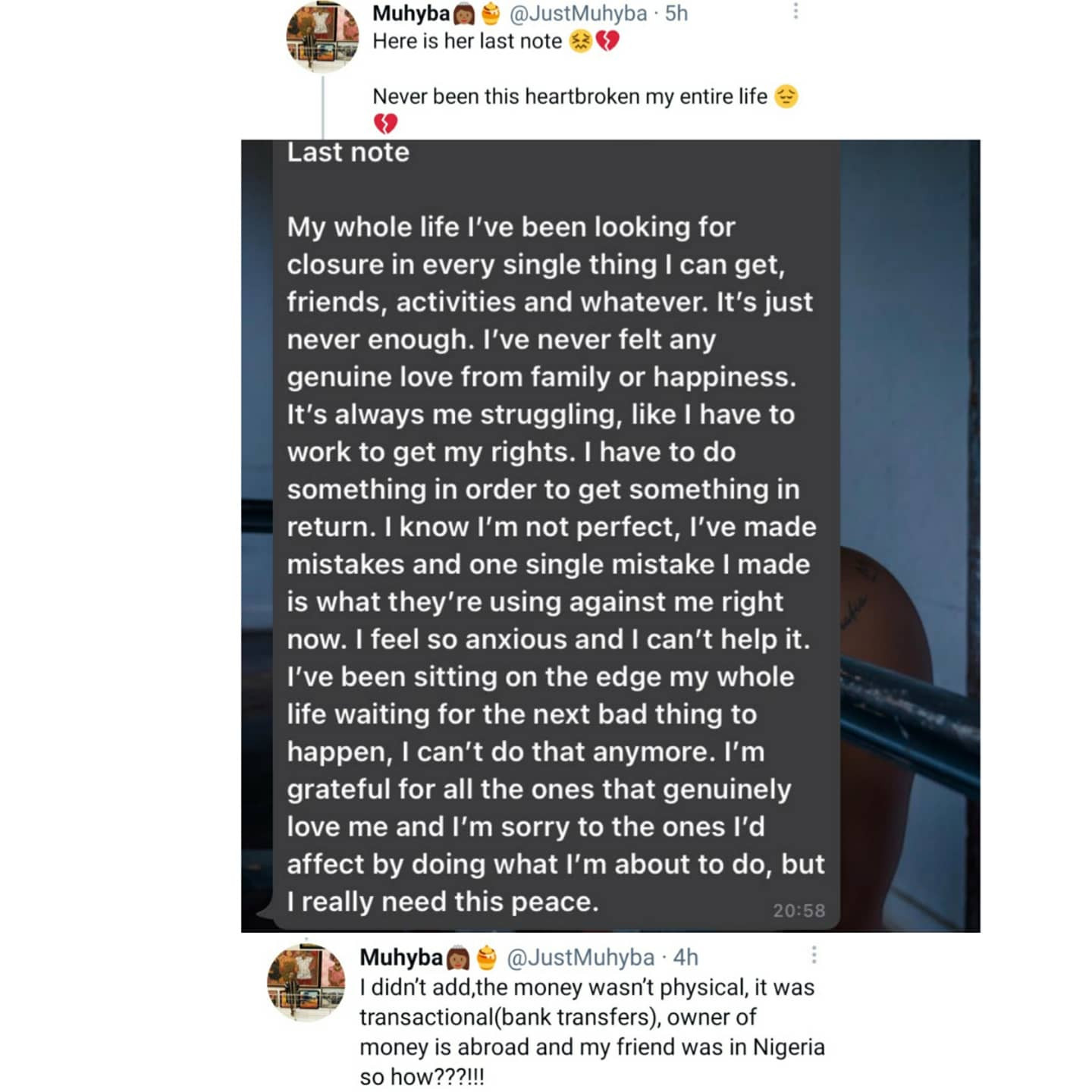 Here’s the voice note in that chat. pic.twitter.com/loW5s6bWw5

Bishop accused of sexually assaulting and impregnating a minor in Winners...