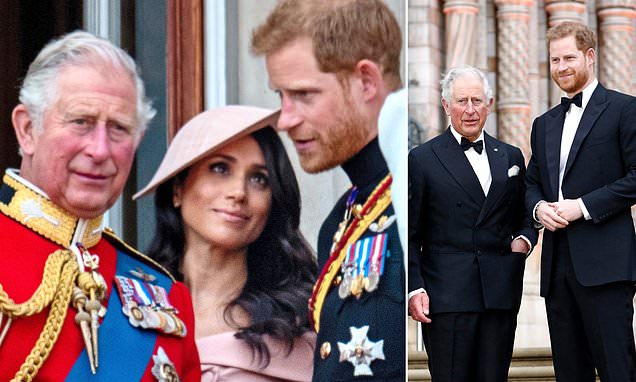 Prince Charles was left ‘deeply hurt’ by Harry and Meghan’s tell-all interview – but has resolved to ‘mend the broken relationship’ with his son.

The Mail on Sunday can reveal that Charles plans to contact Harry within the next few weeks. ‘His mood is that of a father, not that of a statesman,’ said a friend.

With the Royal Family still reeling from the couple’s broadside – which included Harry’s claim that he needed to ‘educate’ his relatives – it is the first sign that they are determined to effect some form of reconciliation.

The friend of Charles said the heir to the throne realises the focus must be on ‘healing’ the rift before it becomes unbridgeable, adding: ‘You are looking at a father who is deeply hurt by where he finds his relationship with his son.

‘But, after much reflection, he also realises that nothing good will come of prolonging the fight. He feels it is time to heal. Now is the time to mend a broken relationship.

‘The Prince has a real desire to get back to the close relationship that he enjoyed with Harry for the longest time.

‘A conversation has to start sometime both with Charles and also with Prince William.

‘They will be in touch in one form or another over the coming weeks… possibly in writing, possibly over a video call.’

The Duchess of Cornwall is comforting Charles. ‘She can see how upset her husband is. She just wants it fixed,’ said the friend.