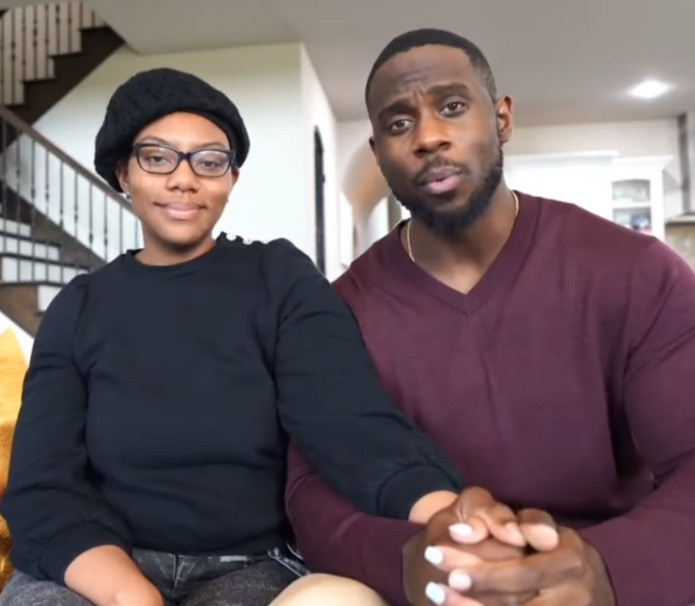 Relationship guru, Derrick Jackson, has admitted to cheating on his wife with other women.

He said he had sex outside of marriage and was involved in some other activities which are not in line with the vows he took and the biblical standards he preaches about.

He came out to admit to cheating after he was exposed on social media. A woman identified as Candice De Medeiros came out in open in revealing that she has been having an affair with him.

Derrick Jackson initially denied cheating with Candice or any other woman. The relationship expert released a video on YouTube slamming the affair rumours.

However, hours later, he came out to confess that he had sex with multiple women while married.

In the video where he admitted to infidelity, he was joined by his wife Da’Naia Jackson and she says she plans to remain in the marriage.

Da’Naia said in the video: “There is no justification for bringing another woman into our relationship on any level. It is unacceptable and this is not something I will tolerate or we will tolerate moving forward.

“I have been flooded with messages asking why haven’t I left but the answer for that is when I found out I did leave. I did not hesitate or waste my time. I stood firm on not coming back.

“I did not come back until I saw a shift in his personality or how he presented himself during conversations. This is something we never had in 12 years of knowing each other.

“There is nothing I don’t know about and we have moved forward from it. He continues to seek guidance and that is what I need to stay in the marriage. Today, I am at peace and probably stand by his side. I have no hesitation, hate, or shame.”

It’s crazy that Derrick Jackson was really throwing slugs at Kevin Samuels, indirectly calling him gay and misinformed on what high value is… and then he turns around and gets caught cheating on his wife lmaoooo pic.twitter.com/CAyVynzGo9