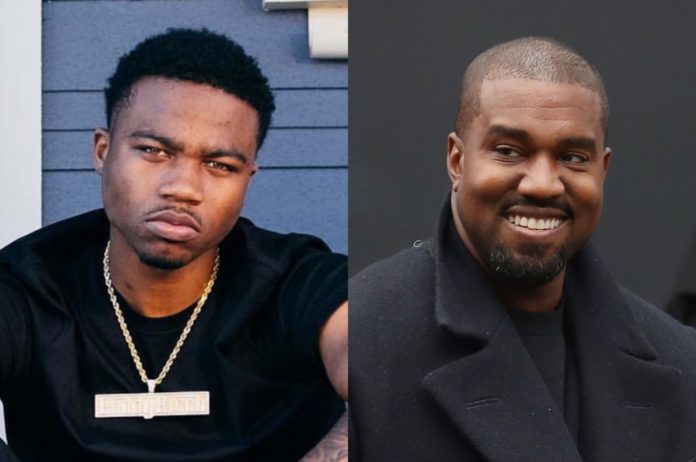 Grammy nominated rapper, Roddy Ricch has blasted rapper, Kanye West for disrespecting the Grammy awards by urinating on it months ago during a mental breakdown.

Kanye won his 22nd Grammy for Best Contemporary Christian Music Album for Jesus Is King at Sunday’s show. In spite of all his wins, he has publicly rebuked the Grammys in the past. Last September, he posted a video of himself urinating on his Grammy in the toilet.

Roddy, who won his first Grammy last year for “Racks in the Middle” with Nipsey Hussle, went on Instagram Live where he called out the Yeezy rapper. While he didn’t mention Kanye by name, it was easy to deduce who he was referring to.

“I be really wanting to talk about a lot of the nias that’s in the industry, like, a lot of the Black artists, the older nas who been doing all this shit for so long and they be hatin’ on all the young ni**as,” said Roddy, who was nominated for six Grammys this year.

“And this year this nia just pissed on that shit. Like, how you think that make the world look at my accomplishment, nia? I did all this shit and you pissin’ on shit. That shit be lame. I don’t really like that shit.”