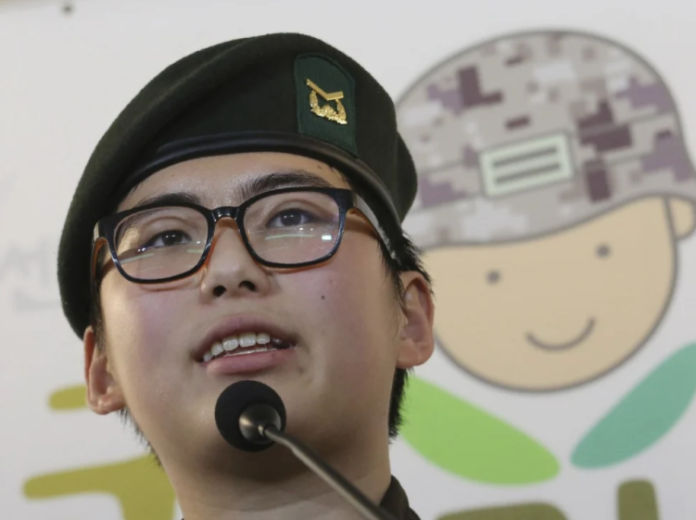 South Korea’s first transgender soldier, who was forcibly discharged after having gender reassignment surgery, has reportedly been found dead.

Firefighters found Byun Hee-soo, 23, in her home in Cheongju, south of Seoul, after a mental health counsellor called emergency services to report that she had not been heard from since Sunday, news agency Yonhap reported on Wednesday, March 3.

Police are investigating her death, it said.

Reports said no note was found but the death was being treated as suicide, with Yonhap citing officials saying she had tried to kill herself three months ago.

Byun, formerly a staff sergeant, enlisted voluntarily in 2017 and went on to have gender confirmation surgery in 2019 in Thailand.

The defence ministry classified the removal of her male genitals as a mental or physical handicap, and a military panel ruled last year that she would be compulsorily discharged.

Byun’s death triggered an outpouring of grief and calls for South Korean MPs to pass an anti-discrimination bill.

“The whole of Korean society bears responsibility for her death,” said a poster on Daum, the country’s second-largest portal.

“Those who ridiculed her and made malicious online comments because she was transgender, I want you to reflect on what you did to her.”

But he added there had been no detailed discussions about transgender soldiers serving in the military.

Seo Ji-hyun, a prosecutor who triggered the country’s #MeToo movement by going public over sexual harassment she suffered at the hands of her superior, declared following Byun’s death: “We could have saved her … We just had to let her live life true to who she was.”