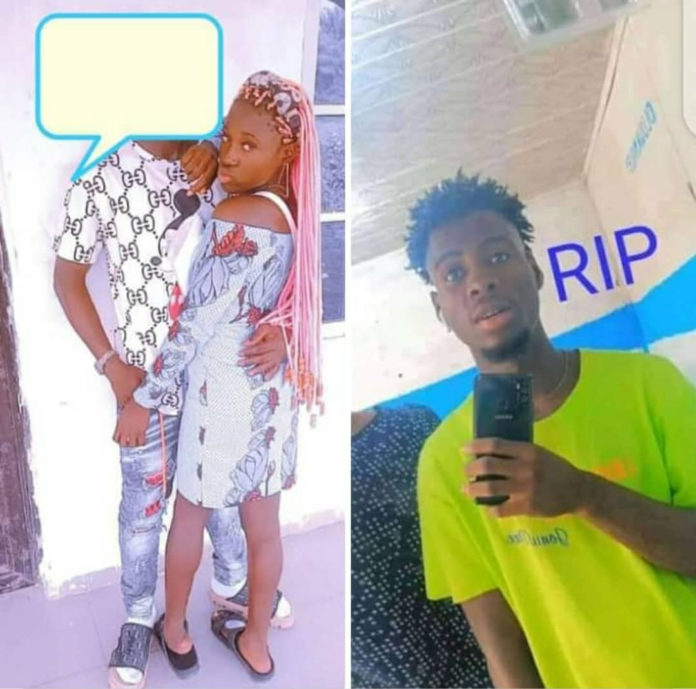 A teenage girl has been arrested for allegedly stabbing her brother to death for questioning her movement.

Biletiri Idowu Ruth, 17, is said to have stabbed her elder brother, Kehinde Joshua Biletiri on Thursday, March 19, 2021, at their home at Igbokoda area of Ondo State.

According to reports, she came home that morning after spending the night elsewhere. Her brother then questioned her for sleeping out and this led to an argument.

She then picked a knife and allegedly stabbed him with it.

He was rushed to the hospital where he was pronounced dead.

Ruth is now in police custody. 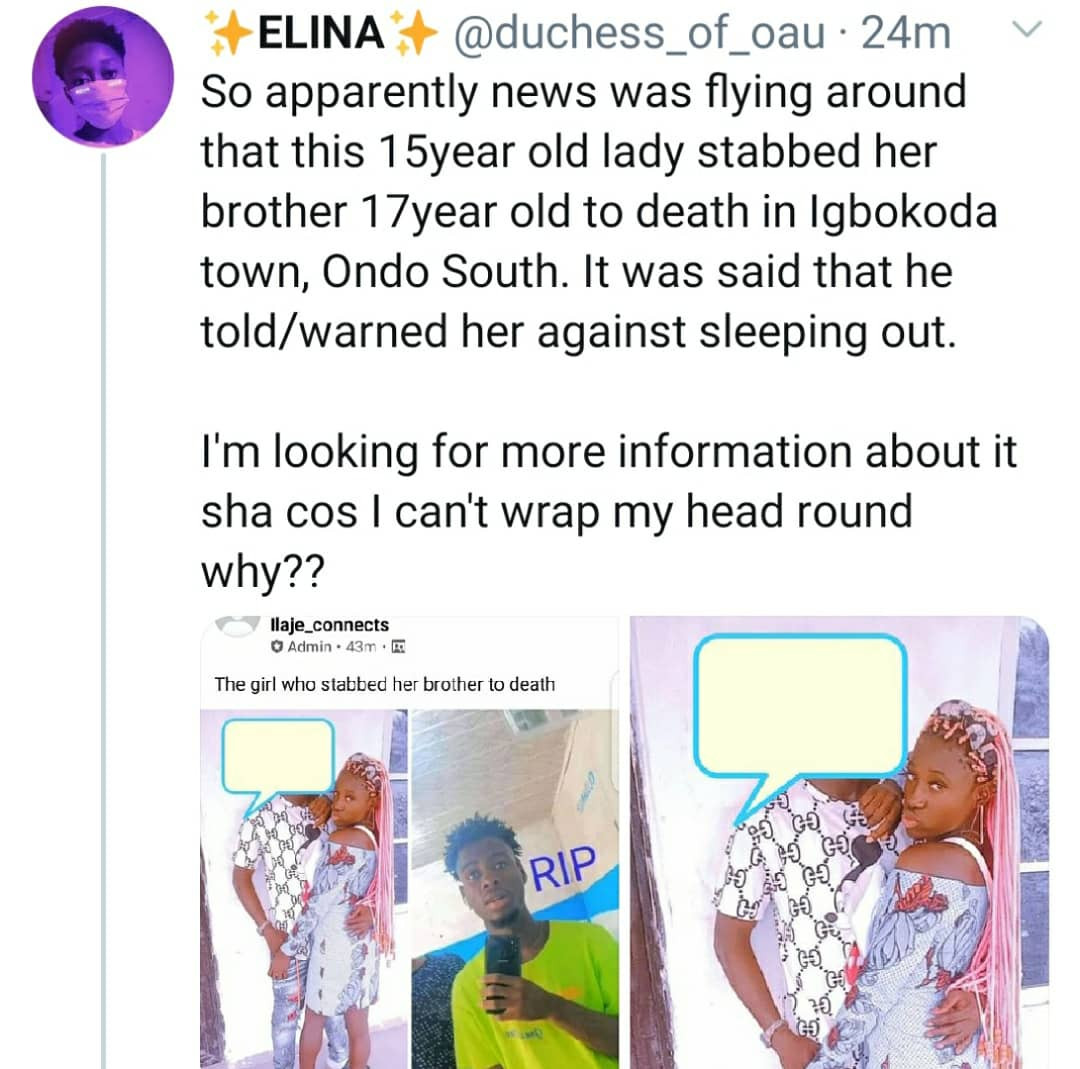 Another Nigerian Man Killed In His Bedroom In South Africa (Photos)