A sexual assault and gunshot survivor is sharing her testimony on Twitter.

The woman explained that there was a home invasion on April 28, 2020, and she was sexually assaulted by the armed robbers.

After the sexual assault, they asked her to lie down with her face on the floor.

She said she then noticed she was bleeding and realized she had been shot in the head and stomach.

She explained that it was God’s doing that she didn’t feel the pain when she was shot.

At the hospital, she said doctors told her parents she may not make it.

However, she survived and she’s giving God the credit.

Read her tweets below. 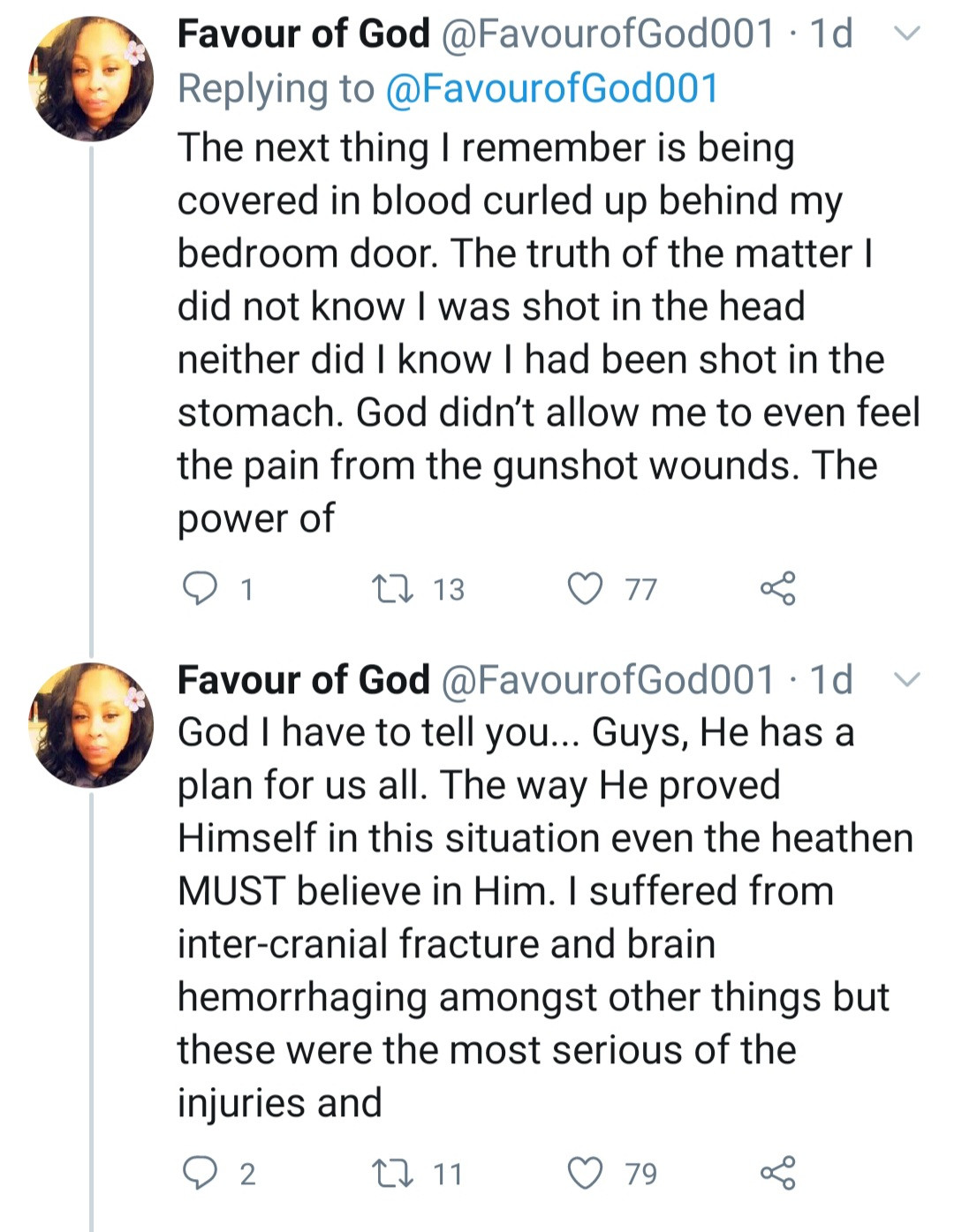 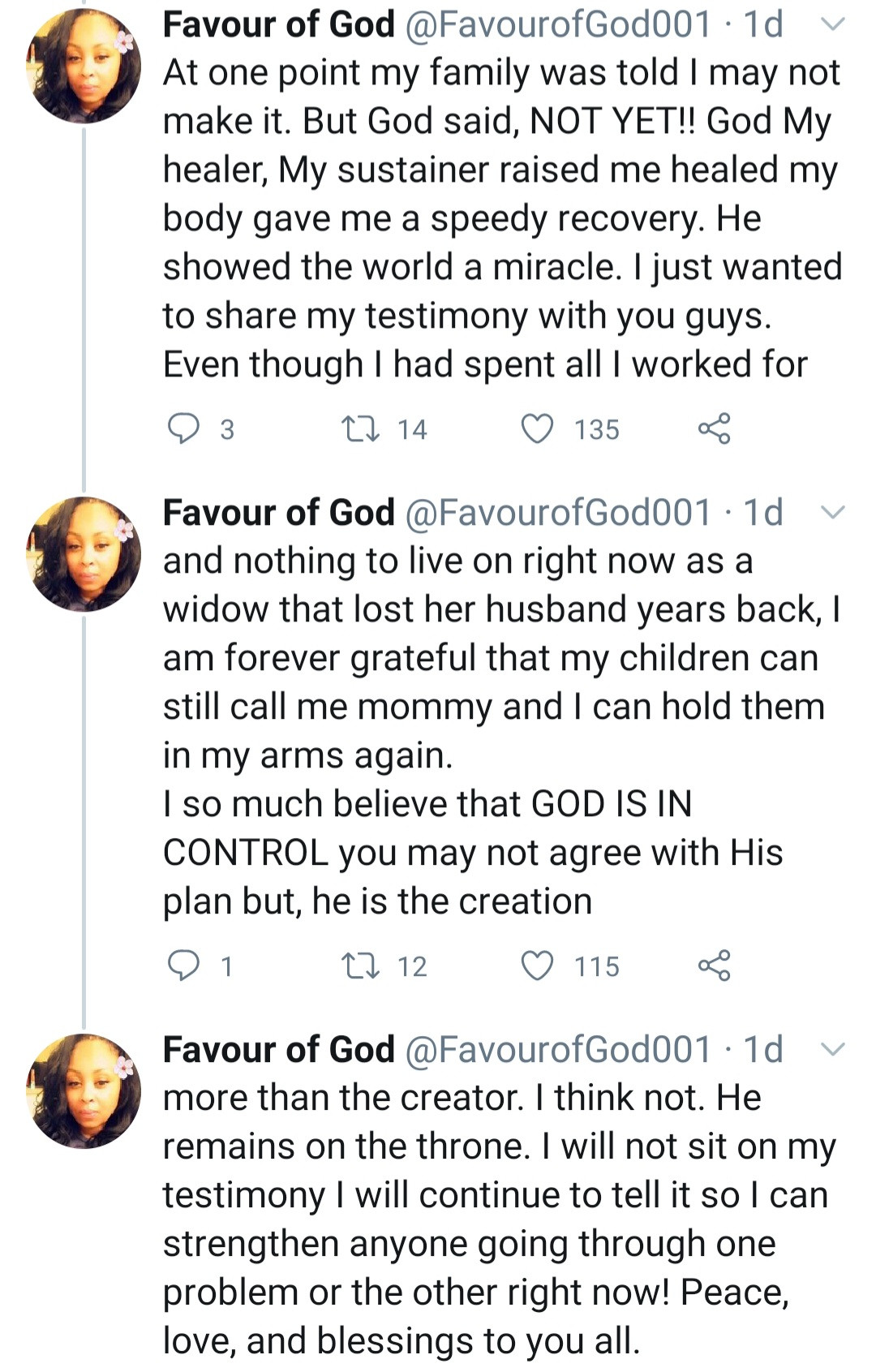 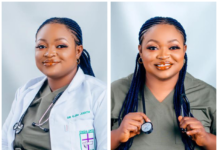 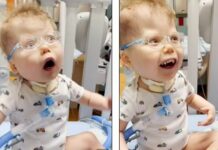 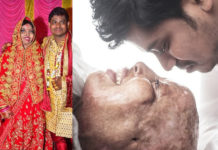 Woman who survived acid attack after rejecting a marriage proposal at 15, marries a man she met while in hospital (Photos)

Disabled South African Lady Graduates After Being Discouraged By Lecturer