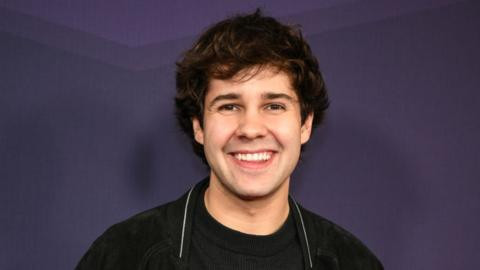 YouTube star, David Dobrik has stepped down as co-founder of the Dispo following a rape allegation about his former associate.

Dobrik, with 19 million subscribers, rose to fame through prank videos, sometimes in collaboration with a number of other YouTubers called the Vlog Squad that he regularly posted.

During the coronavirus pandemic, he launched his own photo app called Dispo.

One woman who appeared in a video on Dobrik’s channel says she was raped by another person (Dobrik’s associate) involved during filming.

A recent investigation published by Kat Tenbarge at the business news website Insider, detailed the woman’s account of rape in 2018 by a – now former – Vlog Squad member.

According to the rape account, published by the Insider, a woman alleged she was raped during the filming of a Vlog Squad video in 2018.

She reportedly says she was given alcohol despite being under the legal age of 21, and became drunk to the point of unconsciousness.

Later, she said she was involved in group sex which included a Vlog Squad member, when she was too intoxicated to consent.

The video – which does not explicitly show the alleged incident – was published on  Dobrik’s channel, and later removed.

Since the claims, support for the app Dispo and Dobrik has shrinked with several brands and sponsors threatening to sever ties.

Venture capital firm and a leading investor in the app, Spark Capital, announced it would “sever all ties” with the company.

Dobrik has claimed innocence but on Monday, March 22, said he would step down from the board of Dispo “to not distract from the company’s growth,”

“While our client is appalled by any misconduct attributed to [the former member of the Vlog Squad], assuming it is true, my client denies any wrongdoing,”  Dobrik’s lawyer told Insider.

“Consent is something that’s super, super-important to me,”  Dobrik added via a recent video posted to one of his YouTube channels.