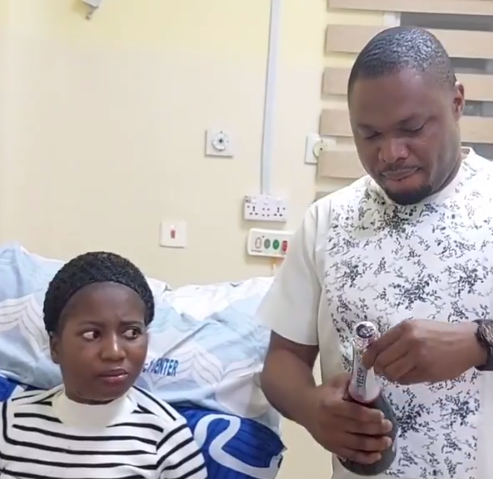 Activist, Harison Gwamnishu, has dismissed claims that comedienne Ada Jesus, died as a result of a spiritual attack.

Shortly after the news of her demise was made public on Wednesday April 21, many people believed her death was as a result of her faceoff with clergyman, Prophet Chukwuemeka Ohanemere Odumejeje, who she previously accused of staging fake miracles.  In one of her old videos, she revealed she had been sick for about 12 years. Watch it below:

Ada Jesus said she has been sick for almost 12 years. Rita Edochie and Odumeje has nothing to do with her death.
pic.twitter.com/dpJz6m93d2

In a video he shared online, Harisson who was with Ada Jesus until she died, said her death was as a result of medical failure as she had been sick for a very long time

Watch the video he shared below

See her last video two days before her death below:

Lady Shares Picture Of Her Married Lover In Bed, Blasts Him...