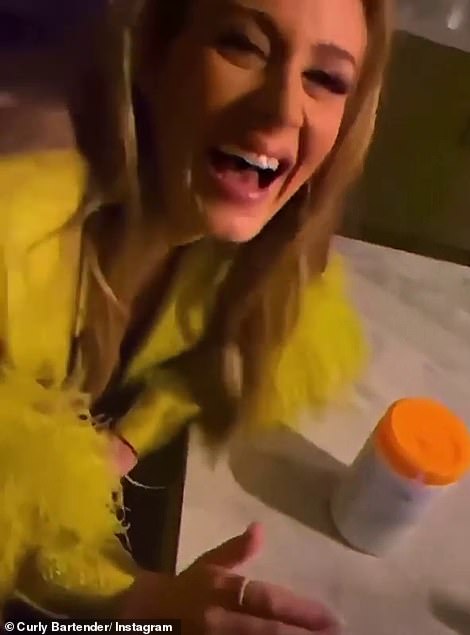 Adele looked incredible as she was seen for the first time in months at Daniel Kaluuya’s Oscars afterparty in Los Angeles on Sunday night.

The singer, 32, who has lost a staggering seven stone, celebrated the actor’s Best Supporting Actor win for his role in Judas and the Black Messiah alongside a host of her celebrity pals, including Drake, 34.

Adele appeared to be having the time of her life as she took selfies, enjoyed cocktails and danced with pals into the early hours, with the party believed to have taken place at a private house.

Adele cut a glamorous figure in a $2,450 LaPointe lime green coat from the designer’s 2020 collection. 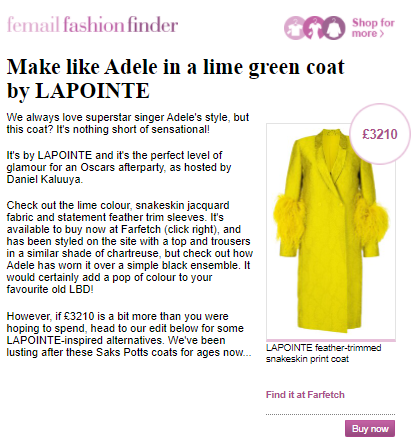 She teamed the statement coat, which had feathery plumes on the sleeves, with matching snake print jacquard pintuck trousers, a low scoop black vest and $620 earrings from Shaune Leane jewellery. 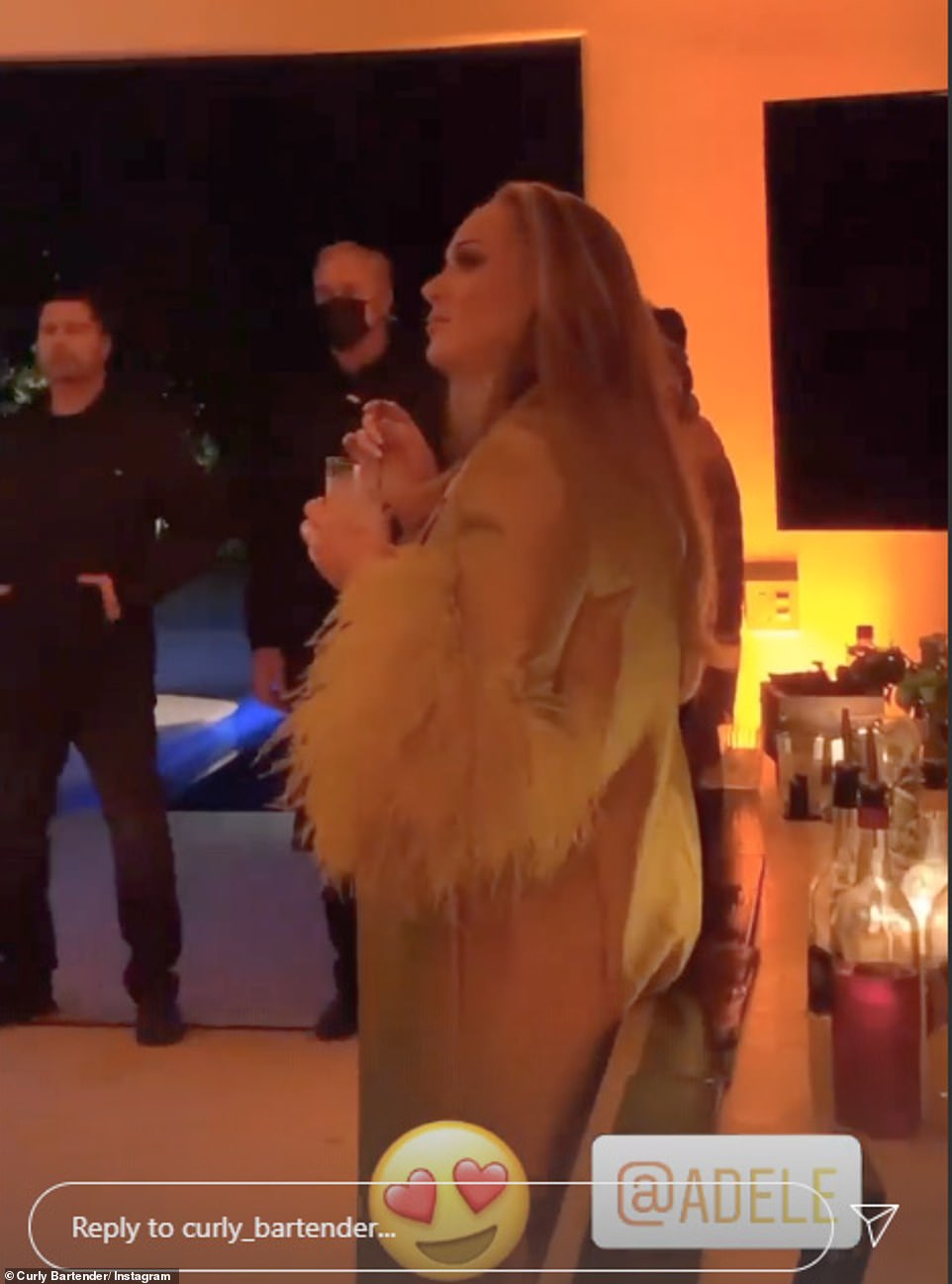 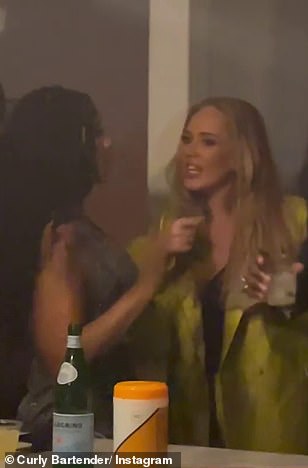