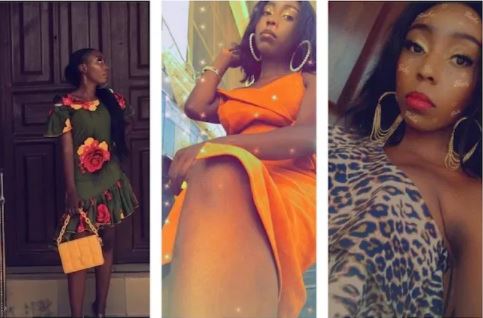 This was Dorathy Tirnom Yohanna, the Greenfield University student, wasted by the terrorists of Kaduna state.

She was among the three students found dead today at a village near the school, few days after 20 of them were abducted from their school in Chikun LGA.

Her brother-in-law, Yamai with Twitter address @ydcoal, identified her in a post on Friday, as he tagged presidential aide Tolu Ogunlesi.

Dorathy seldom posted on Facebook and she revealed very little about herself, apart from stating she was a Southern Kaduna girl, single and attending Greenfield University.

Her last post on Facebook was on 15 April, her birthday. She was kidnapped by the terrorists five days after on 20 April.

Yamai said her death has been devastating to her mother and the family.

“My sister-in-law was among the 3 dead students found today from Greenfield University. We are all trying to unpack our feelings. People’s children have become sports for bandits & kidnappers. I know you get a lot of stick on here…

“Where do we go from here Tolu? Do we worry about tomorrow? Do we believe in a fair, just and righteous God? My mother-in-law hasn’t eaten or showered in 3 days since her daughter, whom she saw on Monday, got kidnapped & this death was the answer to her prayers.

“You’re not the president, I know, but please talk to your boss. The evil we do or our negligence surely does come around one way or the other. That’s the circle of life. Do something!! Bless you!!”.

Yamai then identified her: Her name is DORATHY TIRNOM YOHANNA …and she died by a plague created by an uncaring government.