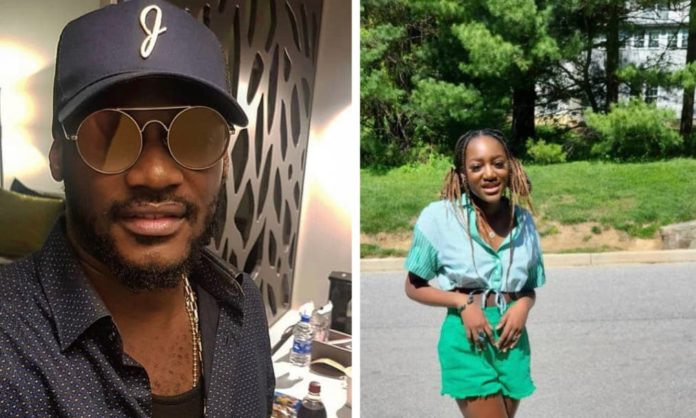 Ehi Idibia, one of the daughters of Tuface Idibia, has reacted to comments about her resemblance to her dad.

Ehi, who turns 15 today, was celebrated by her parents and well-wishers.

Her mother, Pero Adeniyi also took to Instagram to share a video of Ehi. In it, Ehi is seen saying she doesn’t see the resemblance between her and her dad.

She added that when people say she looks like her dad, it makes her feel she’s masculine. But she was reassured that she’s the feminie version of Tuface.

Nick Jonas’ mum warns Priyanka Chopra to ‘be good’ as she...