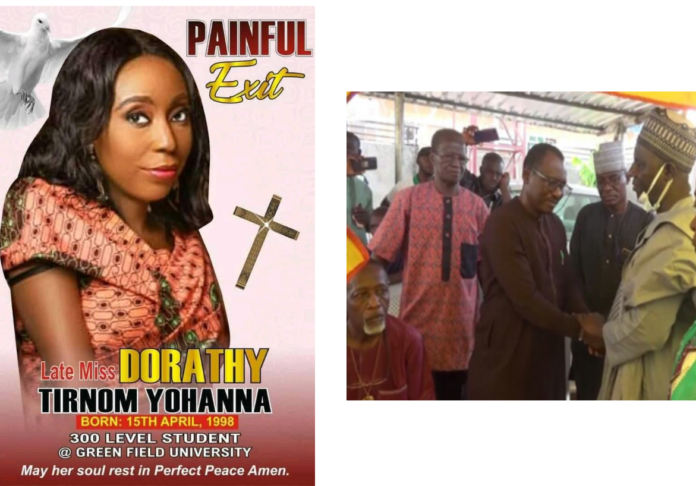 The Kaduna State Government has paid condolence visit to the families of the three students of Greenfield University who were killed by bandits.

Sadiq Yusuf Sanga, Precious Nwakacha, Dorathy Yohanna, all 300 Level students of Accounting,  International relations, and Cybersecurity departments were abducted on Tuesday, April 20. Their bodies were found at Kwanar Bature village, a location close to the university on Friday.

The delegation led by the Kaduna Commissioner of Education,  Shehu Mohammed, visited the families of the students in Jaji, Barnawa, and Sabon Tasha areas in Igabi and Chikun Local Government Areas on Monday, April 26.

According to Channels TV, While consoling the parents of the deceased students over the unfortunate incident,  the Commissioner reiterated the state government’s position not to negotiate with bandits.

“There are due processes for one to follow to seek redress. For somebody to take arms against his fellow citizen is unconstitutional and unacceptable and the governor will not tolerate that,” Mohammed said.

The Commissioner also announced that the government has commenced the process of beefing up security around schools in the state and also relocating students from schools located in vulnerable areas to safer places.

Once we are done fighting against injustice, we will also fight...