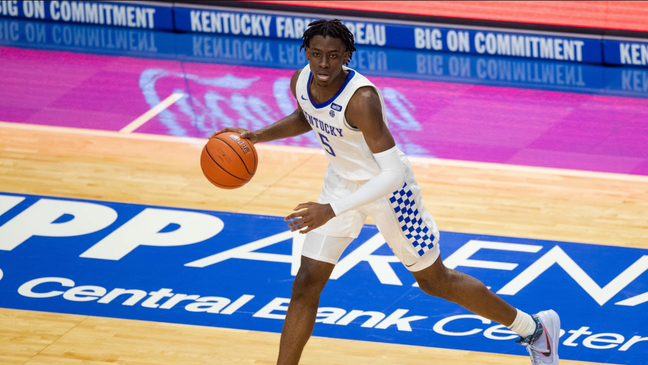 Former University of Kentucky men’s basketball player Terrence Clarke died in a car accident in Los Angeles, according to WKYT.

The NBA prospect was reportedly leaving a workout in LA and speeding when he ran through a red light, hit an oncoming car and then hit a pole and block wall, according to the LAPD. Police also said the 19-year-old was not wearing his seatbelt correctly.

The fatal crash reportedly happened on Winnetka Avenue at approximately 2:10 pm PT and Clarke was the only person in the car.

Former teammate BJ Boston was at the workout with him but had driven separately and was in the car behind Clarke.

Clarke was transported to Northridge Hospital and later pronounced dead.

The 6-foot-7 guard had recently declared for the 2021 NBA Draft after averaging nearly 10 points, three rebounds and two assists in eight games this season.

We are devastated to learn of our own Terrence Clarke’s tragic passing. Our hearts are heavy for Terrence, his family and all of us who loved him.https://t.co/u81DDOszPa