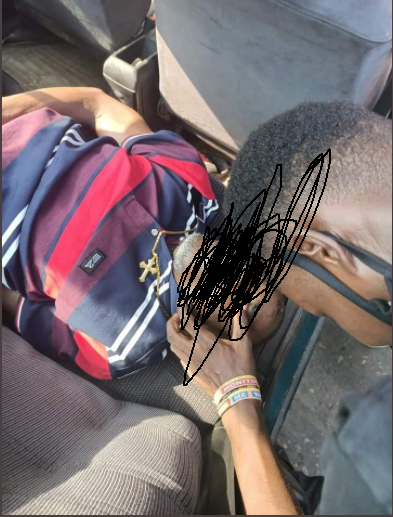 There’s been an outcry on social media after a man slumped and died in front of a bank in Rivers state.

An eyewitness, Uwaifo Obiano who shared the video on Facebook alleged that the man died due to the unfriendly attitude of the new generation bank staff.

It was learnt that he was allegedly refused access to his own money since Friday April 23, even when he came with his next of kin. He was asked to go to the court to get an affidavit even though courts are not in session due to the ongoing strike.

After the man collapsed and died after not being allowed to withdraw, a young lady and two men came to the scene demanding that the bank opens the access door so they could deposit the man’s remains in the banking hall.

The young lady who was in tears mentioned that the victim was her father, adding that the man was sick and had come to the bank to get money for his treatment.