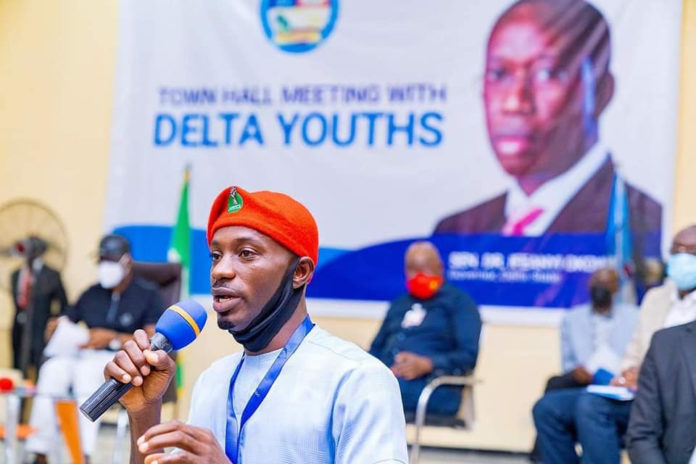 A Warri-based prophet and his female accomplice have been reportedly arrested by the police for allegedly stealing a newborn baby from its mother.

According to human rights activist, Comrade Israel Joe, the duo are currently being detained at the Area Command Warri as pressure mounts on the Commander to release them.

Taking to his Facebook on Monday, April 19, Comrade Joe gave the prophet 48 hour ultimatum to produce the baby dead or alive, adding that if he fails to do so, he will post his photo and name of the church online.  Read his post below:

A popular false prophet in Warri last week Tuesday deceived a pregnant woman who he (the prophet) claimed to be under his prayer line. He told the husband if he woman to discharge the pregnant wife from Regal Clinic which the husband stupidly did.

When the pain of Labour started, he conspired with another lady and took the woman to a quack house close to B Division police station Warri. When the husband enquired about the state of his wife, they told him that the wife has successfully put to birth and the prophet sent the man to get some things for the woman.

The woman regained consciousness and started asking after her baby whom she heard his or her cry after delivery, but the child was nowhere to be found. The husband came only to discover that the child was missing. From last week Tuesday the lady out to birth till now, no one knows the where about of the child.

The prophet must produce the child dead or alive. The era has past where your useless money can save you from your nonsense evils. Me and you go shook leg for one trouser for this matter. I stand with the decision of the Area Commander Warri. These conscienceless fellows Masquerading as pastors must be brought to book. I blame the helpless man who at his age still listens to a false prophet’s decision about his family.

Produce the new born baby dead or alive. You cannot just take someone’s child to sell or use for ritualistic purpose thinking money would save you from shame. The next post might reveal your picture and name of your church. I’m giving you guys 48 hours to produce the child and your time starts counting NOW. I’m Comrade Israel Joe. 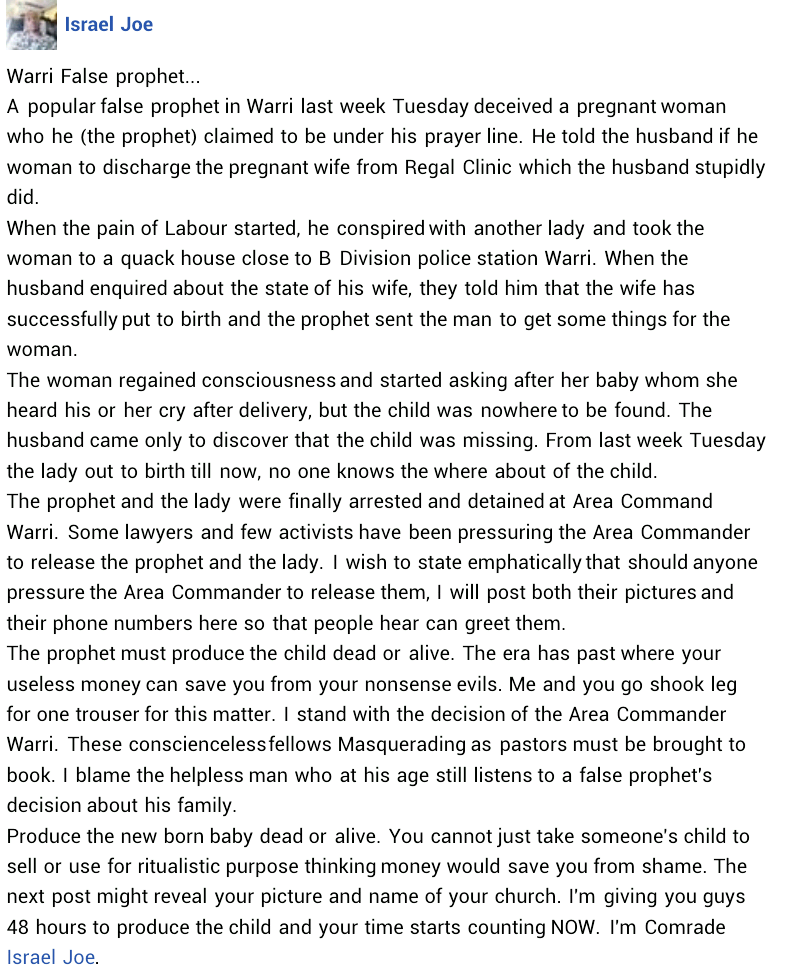