Every awards ceremony has its share of fashion hits and misses, and Sunday night’s SAG Awards were no different.

With the show pre-taped this year amid the pandemic and the nominees unable to walk a red carpet, Hollywood’s finest instead shared their looks to social media.

Not everyone’s style risks paid off, however, with the likes of Elle Fanning, Emily Hampshire and Kathryn Drysdale missing the fashion mark this time around.

Schitt’s Creek’s actress Emily lead the worst dressed contenders as she opted for something totally different as she shared snaps posing on her hotel bed wearing a baggy Polo Ralph Lauren linen suit with rolled up cuffs.

The 39-year-old star offset it with a black tie, black beret and high top Converse sneakers with the laces undone. She later teemed the outfit with thick rimmed black glasses. 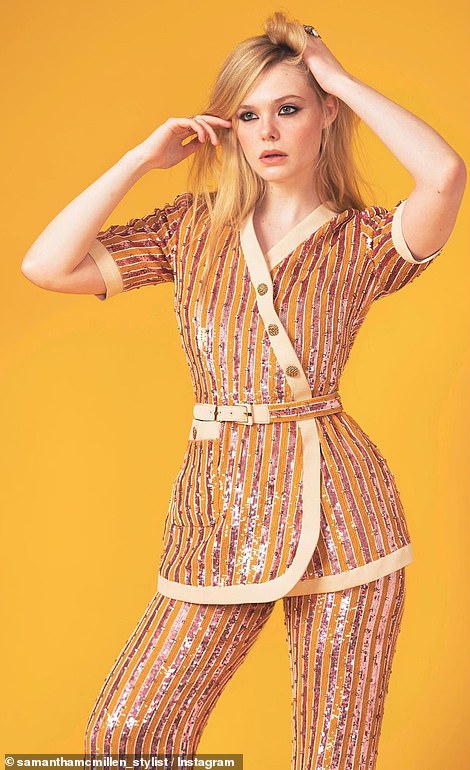 The Great star Elle Fanning was a disco doll in a Gucci sequin, crystal, and bead-striped short-sleeved jacket with belt and matching pants during Sunday’s SAG Awards ceremony.

The 1960s look, which resembled a glittery karate uniform, was paired with Gucci rings and golden platform heels selected by stylist Samantha McMillen. 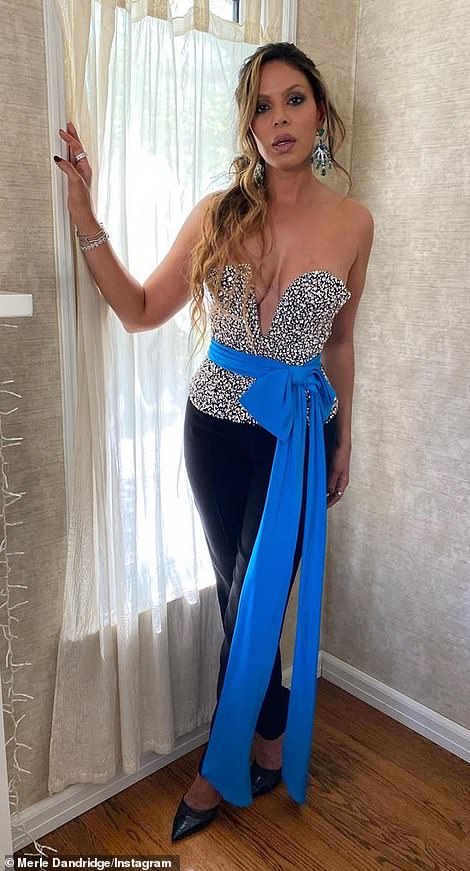 Meanwhile, Merle Dandridge, star of HBO’s The Flight Attendant appeared to have nailed it in a glittering corset with black pants.

But the 45-year-old actress took it a step too far with an electric blue sash tied around her waist in a bow.

The Japanese born beauty wore her hair in a tousled ponytail and accessorized with some statement jeweled earrings with emeralds and sapphires. 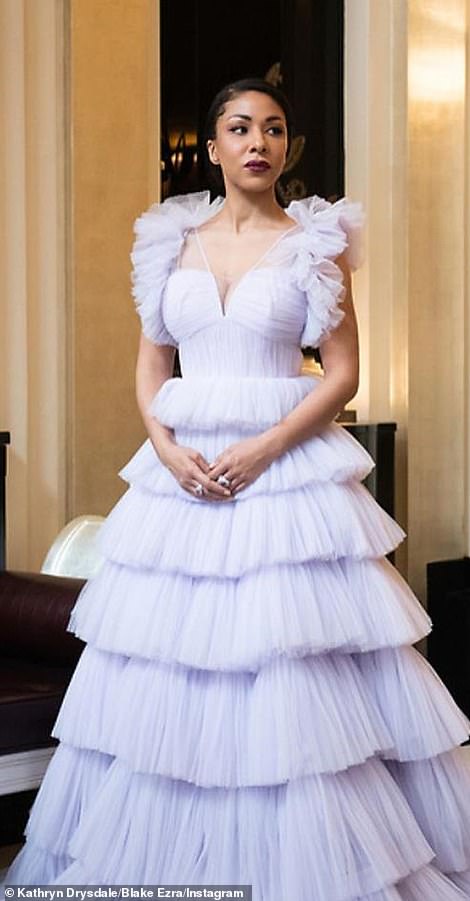 The Crown’s Emma Corrin mixed styles and textures to create a bizarre mish-mash of an outfit. Despite her best actress victory at January’s Golden Globe Awards, as well as last month’s Critics’ Choice Awards, her outfit was not a winning look.

The 25-year-old, who plays Princess Diana in the Netflix series, veered away from the late royal’s elegant style as she paired a delicate Prada silk frock with chunky combat boots.

Adding an additional layer of texture, Emma’s dress was cinched in at the waist with a black belt with a long pleated grey skirt attached.

Omohtee gives details of what happened to her body after spending...