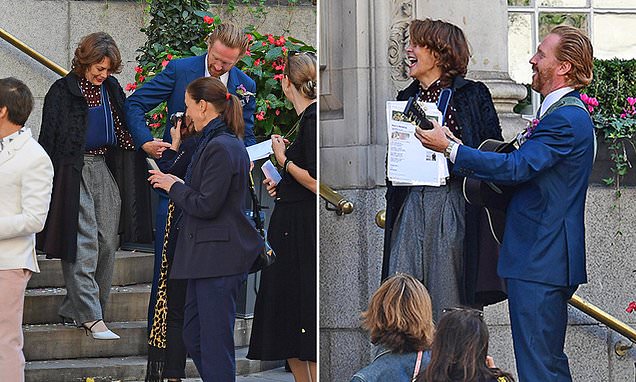 This is the moment a beaming Helen McCrory laughs as Damian Lewis serenades their recently married friends at a wedding held months before she died, aged 52, after a secret ‘heroic battle’ with cancer.

Heartwarming pictures capture the couple celebrating the occasion in London on September 24 last year by singing along to a series of classic Irish tracks, with Damian strumming the strings of his guitar. 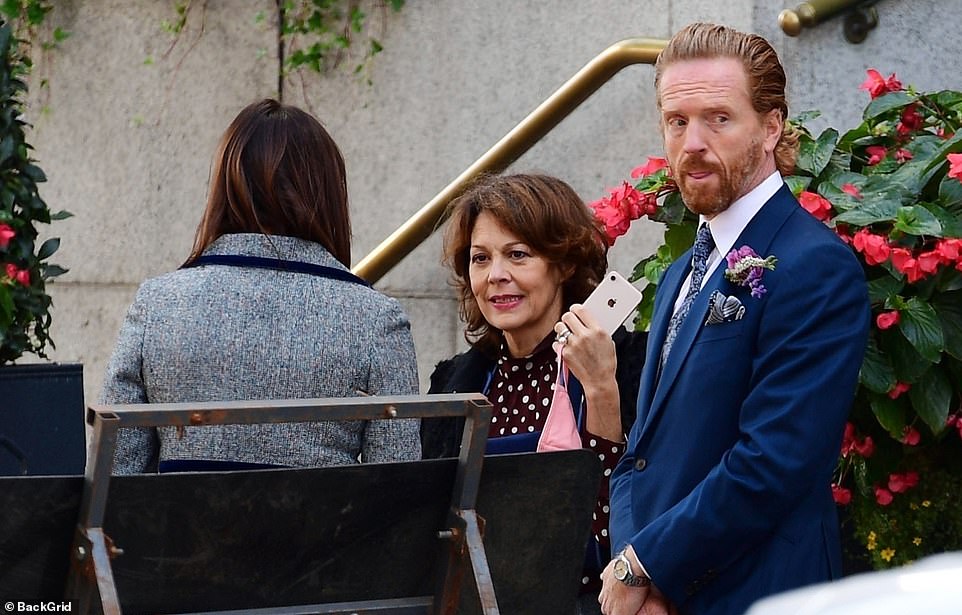 Helen cut a sophisticated figure at the Chelsea Registry offices in a polka dot blouse, high-waisted trousers and a wool coat while her husband dressed in a dapper dark blue suit, teamed with a white shirt and a patterned tie.

She had her arm in a sling, nearly a year after she used a scarf to support the same limb during a night out, as she held the song sheet so that Damian did not fluff his lines.

The Peaky Blinders and Harry Potter star, who played Polly Gray in the Birmingham-based BBC show and Narcissa Malfoy in the blockbuster wizard films, died ‘peacefully’ at home surrounded by friends and family, her husband said yesterday.

Homeland star Lewis tweeted: ‘I’m heartbroken to announce that after a heroic battle with cancer, the beautiful and mighty woman that is Helen McCrory has died peacefully at home, surrounded by a wave of love from friends and family. 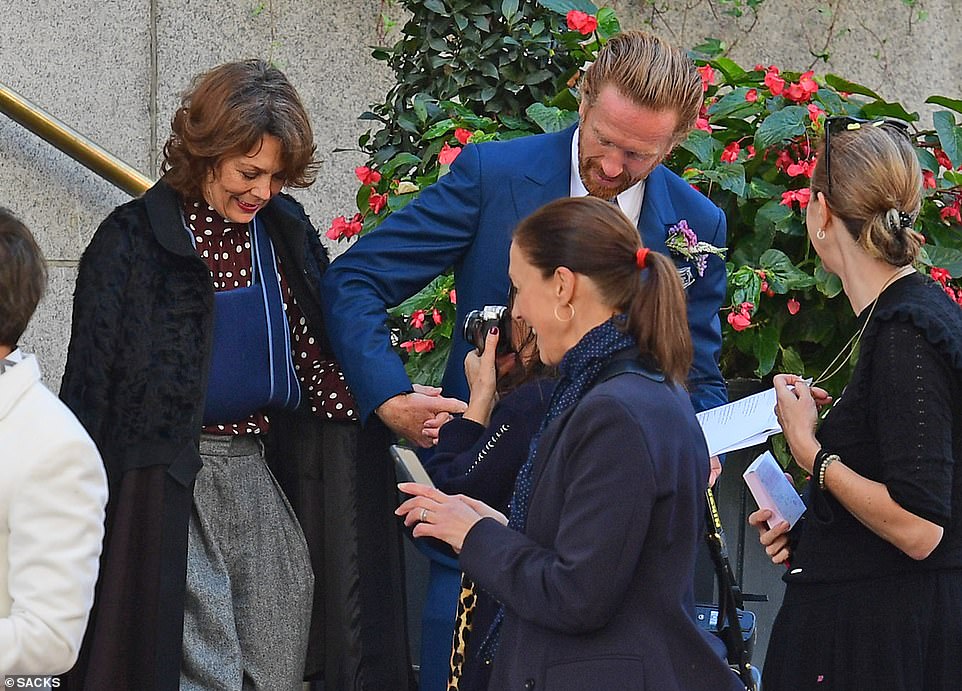 ‘She died as she lived. Fearlessly. God we love her and know how lucky we are to have had her in our lives. She blazed so brightly. Go now, Little One, into the air, and thank you.’

The ‘beautiful and mighty’ actress, who was awarded the OBE for services to drama in the 2017 New Years Honours, was best known for playing the matriarch Polly in Peaky Blinders and Narcissa Malfoy in the Harry Potter films. 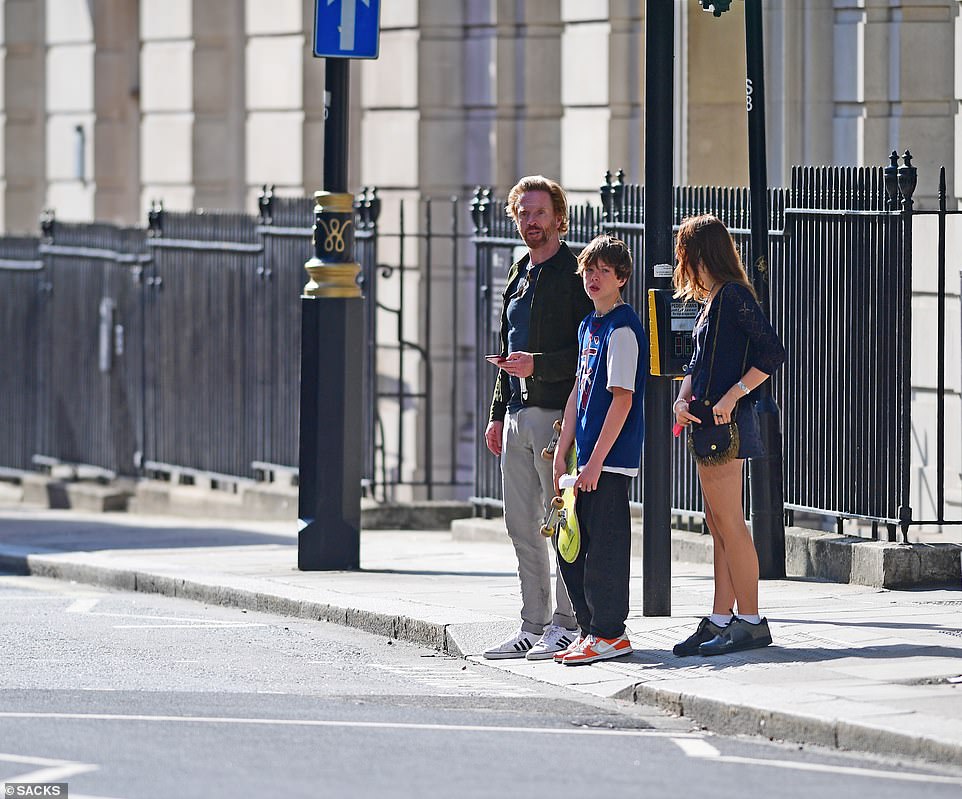 The actress and Lewis married in 2007 after falling in love when they were both cast in the play Five Gold Rings at the off-West End Almeida Theatre back in 2003. Together they share a daughter Manon, 14, (left) and son Gulliver, 13 (pictured) 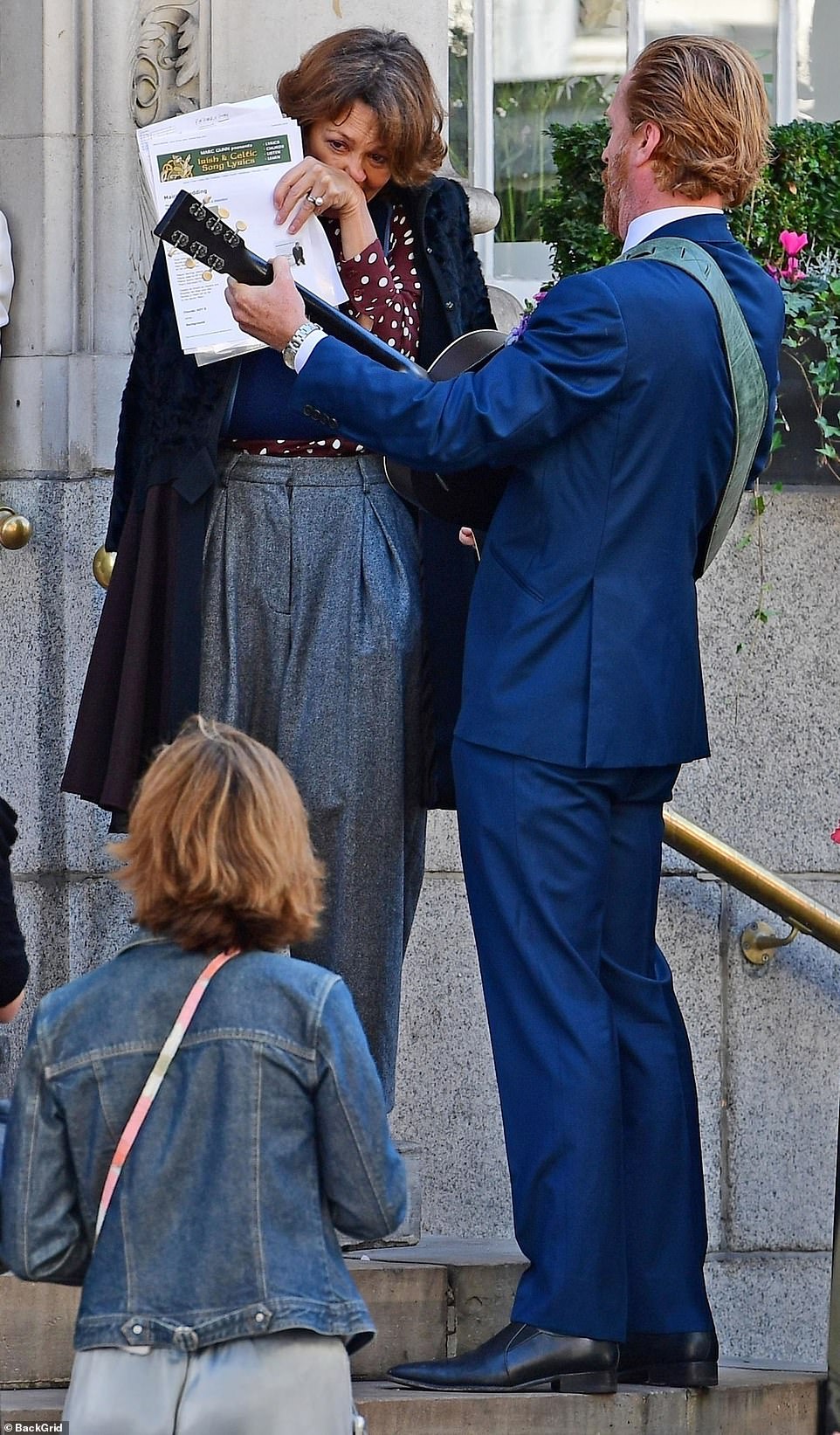