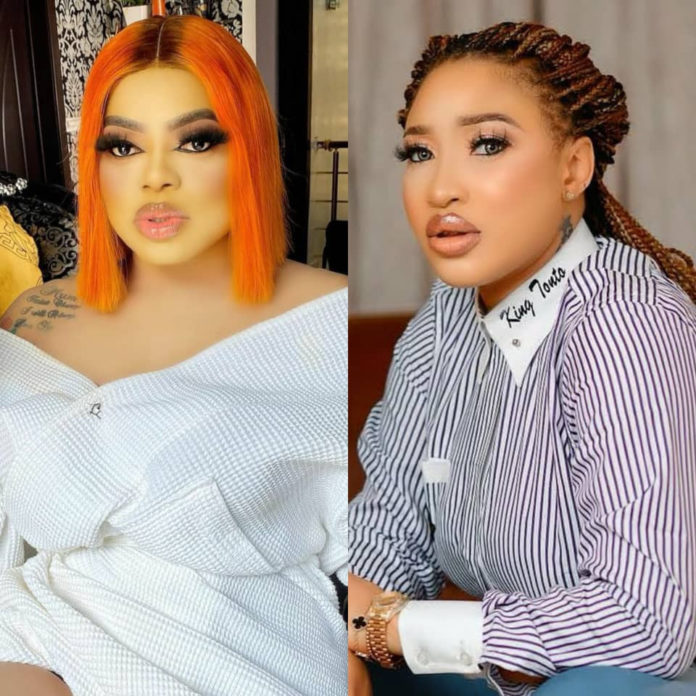 Bobrisky has confirmed he and Tonto Dikeh are having personal issues but says he will not come on social media to reveal what transpired between them.

The crossdresser and the actress who have been best of friends for some years, unfollowed each other on social media recently, an action that came as a surprise to many considering how close they were.

It is not clear when the former friends hit the unfollow button but it was noticed after Halima Abubakar released her chats from 2019, showing Bobrisky calling her out after someone told him she had blocked him.

Well, Bobrisky took to his IG page this evening to confirm they are currently having issues. He said although he has blocked her online, he still loves her.

See what he posted below 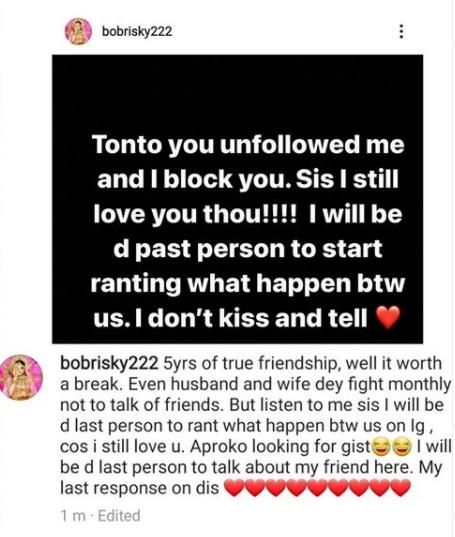