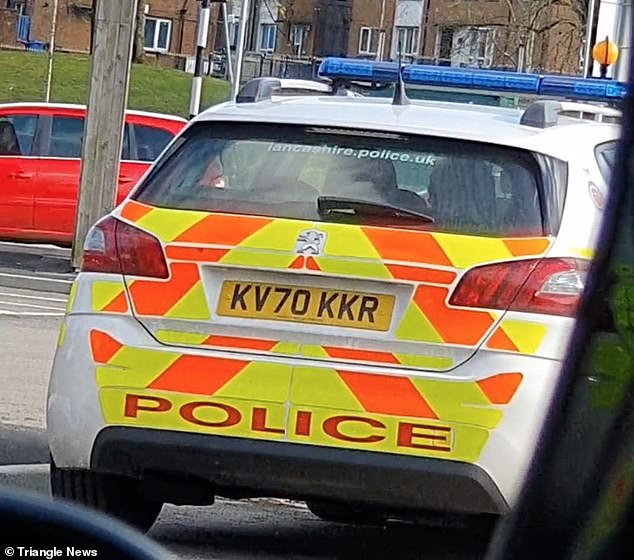 Two police officers have been forced to apologise after they were caught kissing in a patrol car at a Tesco supermarket.

One witness said they saw the officers kissing for 20 minutes in the carpark in Blackburn, Lancashire.

The witness said the female officer then got out and walked round to the driver’s side to continue smooching through the window. 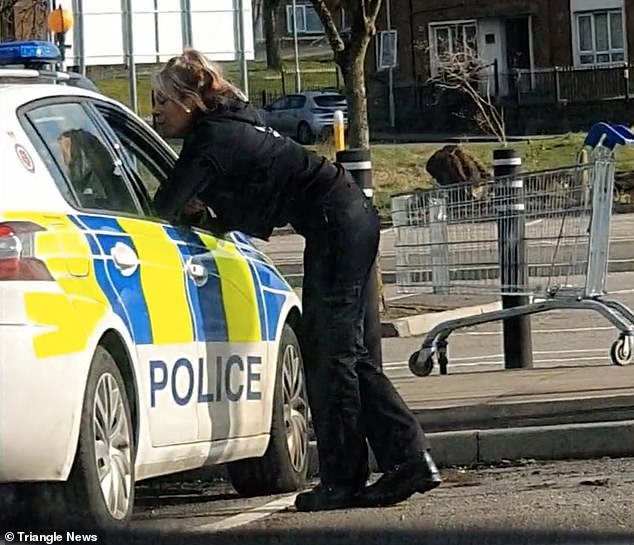 One man who saw them was so stunned that he began filming the interaction.

He said of the incident in a Tesco car park off Carl Fogarty Way: ‘I was sat with my friend in the car park, I’d gone to fix my car.

‘After we were done we were just parked in the supermarket car park having a little break.

‘My friend noticed the police officer in his mirror and saw that a woman had got into his car. It just didn’t feel right.’

He said the pair were initially in their own cars – the male officer in a liveried police car and the woman in an unmarked car on Good Friday.

While he was on-duty it appears she was not working at the time of the incident, although is an officer with the Lancashire force.

She then got out and got into his car.

‘They were kissing in the car – their faces were colliding. They were sat in the car for about 20 minutes.

‘This is an on-duty police officer sitting in a car for 20 minutes doing b***** all.

‘It annoyed me. People were walking past and taking a double look into the vehicle and thinking ”Is that really happening?” They were laughing and joking and kissing. I don’t think they should be doing it on police time, even if he was on his lunch break it looks bad.’

And he added: ‘They were there for a long time – all in all about an hour if not longer. That’s what made me think it couldn’t be a lunch break.

‘It’s a big town, there will be a lot going on, enough for them to do. People are getting burgled and they don’t bother going out to them.’

A spokesman for Lancashire Police described it as an ‘isolated incident.’

A spokesman said: ‘Lancashire Constabulary appreciates the impact social media videos can have on public confidence.

‘This was an isolated incident involving one off duty and one on duty police officer.

‘The officers have since been spoken to and apologised for their conduct and understand how this may have been interpreted, the matter is now closed.’ 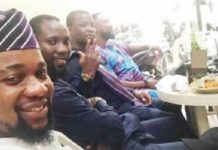