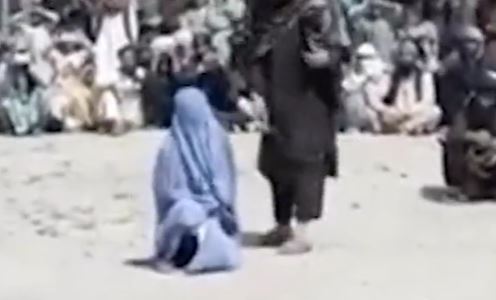 An Afghan woman has been lashed 40 times by the Taliban for reportedly speaking to a man on the phone.

Footage shared online shows the accused being led into a circle formed by dozens of male spectators to receive the punishment handed down by three tribal elders. 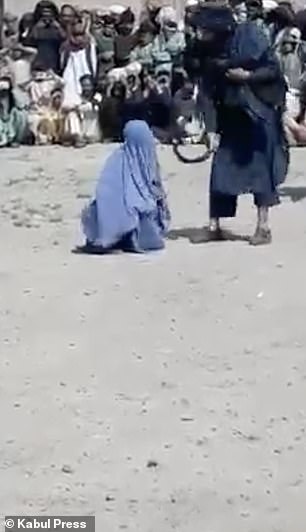 One man first takes up the whipping before handing over to another who appears to lash the woman harder as she pleads for mercy. 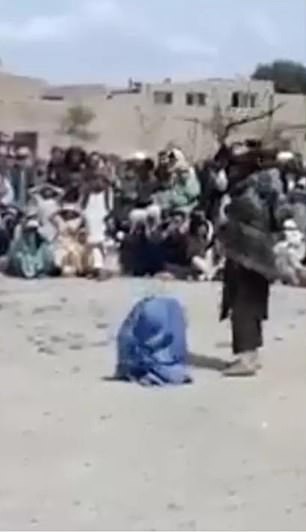 ‘I repent, it’s my fault, I messed up,’ the woman cries as she writhes under her burqa.

The footage emerged on Facebook on April 13 but is thought to date from late last year in the village of Haftgola, outside Herat in Afghanistan’s northwest, according to France 24.

The smart phone video shows the woman being led into the circle by a man with a white beard, one of the local elders.

It was he, along with two other elders, who acted as the self-proclaimed judges and passed down the sentence for the woman’s ‘immoral relations.’

The young man who spoke to her on the phone was also arrested and was being held in a prison cell at the time the footage was recorded, France 24 reported.

The Taliban court in Obe province meets three times a week, on Wednesday, Thursday and Friday, dealing with any complaints of the locals.

Experts say this is the system which is replicated throughout Afghanistan, the result of a failure of government to establish a central judiciary.