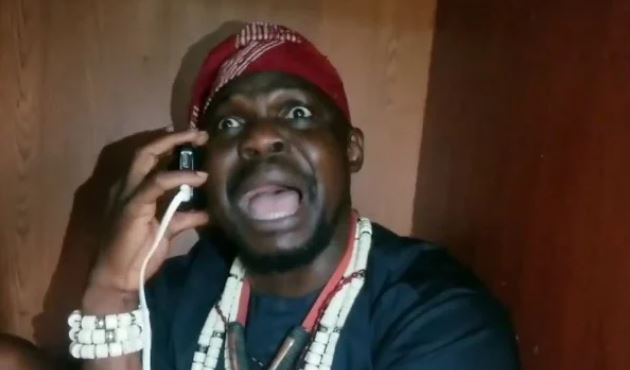 Baba Ijesha, Nollywood actor, could be sentenced to life imprisonment upon conviction as the Lagos government moves to charge him for sexual assault by penetration and defilement of a child, among others.

In a statement on Tuesday, Moyosore Onigbanjo, the state commissioner for justice, said the state’s directorate of public prosecutions has recommended five charges against Baba Ijesha “after due consideration of the facts in the case file.”

“It would be recalled that the Nigeria Police Force arrested Mr. Olanrewaju James (also referred to as Baba Ijesha) on account of various sexual abuse allegations. On the 30th of April, 2021, the Police forwarded the case file of COP v Olanrewaju James to the Directorate of Public Prosecutions (DPP) for legal advise,” the statement read.

“After due consideration of the facts in the case file, the Directorate of Public Prosecutions issued legal advise on the 4th of May, 2021, which is to the effect that a prima facie case has been disclosed against Mr. Olanrewaju James and recommended he be charged under the following provisions of the Criminal Law of Lagos State, 2015:

“Whilst the State would ensure that Mr. Olanrewaju James’s rights as enshrined in the Constitution are upheld, the Ministry of Justice would not relent in its efforts in ensuring that whoever sexually abuses any resident of Lagos State is speedily brought to book.”

The 48-year-old actor, whose real name is Olarenwaju James, was arrested by the Lagos police on April 22, after Princess Adekola Adekanya had reported that he sexually molested a 14-year-old girl, who happens to be her foster child.

A few days after his arrest, a video surfaced on social media in which Baba Ijesha pleaded for forgiveness while confessing to molesting the minor both when she was seven and 14.