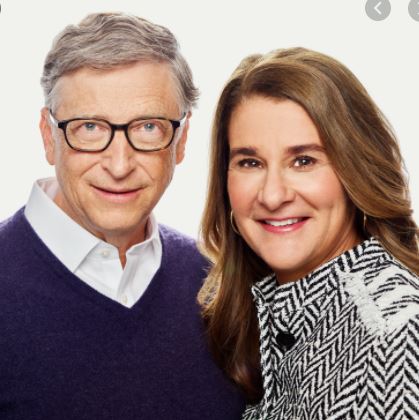 Bill and Melinda Gates have announced that they are ending their marriage after 27 years.

In tweets on Monday from their personal accounts, and signed by the couple, the Gateses said that the decision came after a “great deal of thought and work.” But the Gateses no longer believe they can grow together as a couple in this “next phase” of their lives. 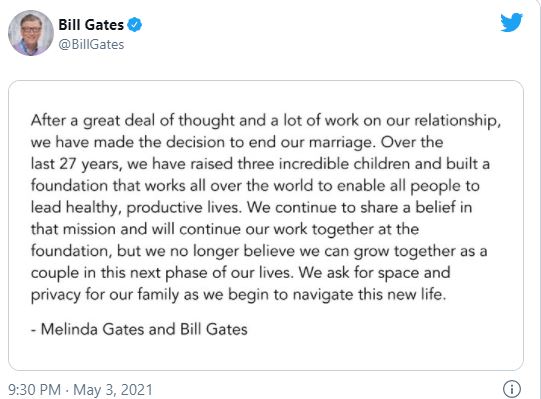 The Microsoft co-founder met Melinda French after she started at Microsoft in 1987. The two married on Jan. 1, 1994, and raised three children together.

Bill Gates is the fourth richest person on the planet with a net worth of $130.5 billion. Melinda Gates was No. 5 on Forbes’ list of the world’s most powerful women in 2020. Bill Gates owns 1.37% of Microsoft’s outstanding shares, which are worth more than $26 billion, according to CNBC.

See Photo Of The Pretty Lady Beheaded & Buried By Her...