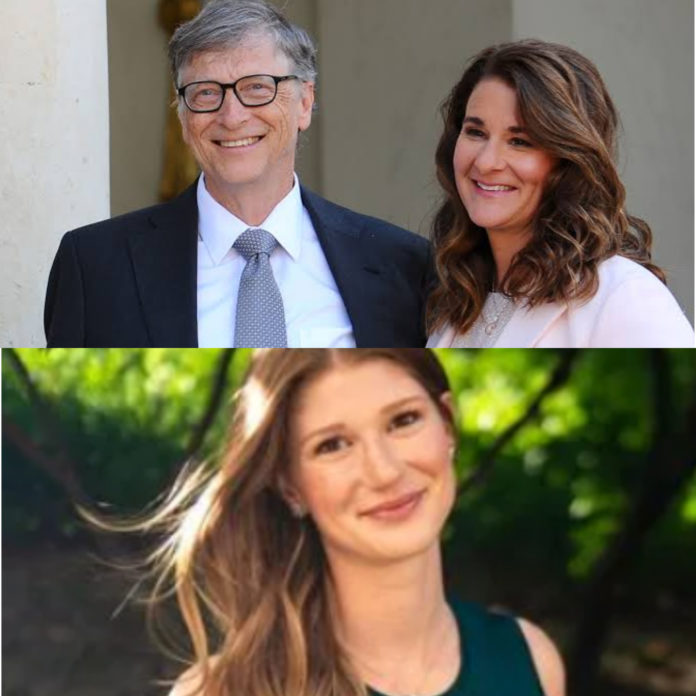 Jennifer Gates, the eldest daughter of Bill and Melinda Gates, has spoken out after her billionaire parents announced on Monday, May 4, they had decided to divorce after 27 years of marriage.

The pair announced the decision to divorce in a joint statement they released on Twitter, revealing they had been battling to save the relationship for some time.

Taking to her Instagram story, Jennifer described her parents’ shock divorce announcement as a “challenging stretch of time” .

She then requested privacy as they “navigate the next phases of our lives”.

“I’m still learning how to best support my own process and emotions as well as my family members at this time and am grateful for the space to do so,” Jennifer wrote.

“I won’t personally comment further on anything around the separation.

She added that the kind words and support from people “mean the world to her”. 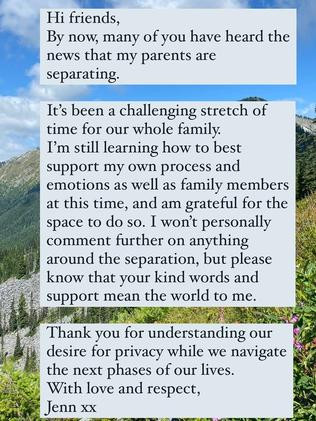 Bill Gates is the fourth richest person in the world, and is estimated to be worth $US130.5 billion ($A168 billion), according to Forbes. Jennifer, 25, is the oldest of the estranged couple’s three children, who include her brother Rory, 21, and sister Phoebe, 18.

In January 2020, she got engaged to Nayel Nassar, who is a professional Egyptian equestrian rider and also a Stanford graduate Back In 2017 on a Reddit Ask Me Anything segment, Microsoft co-founder, Bill Gates said his children will inherit just $10 million each – equivalent to less than 1 per cent of his fortune.

“I definitely think leaving kids massive amounts of money is not a favour to them. Warren Buffett was part of an article in Fortune talking about this in 1986 before I met him and it made me think about it and decide he was right,” he said.