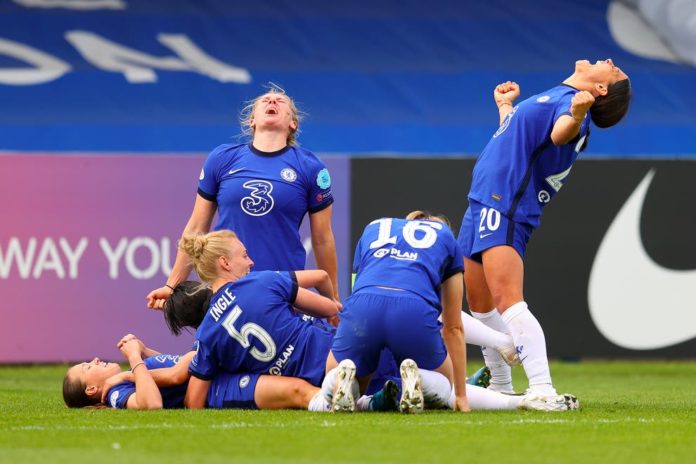 Chelsea Women are into the Champions League Final for the first time in their history after they beat Bayern Munich 4-1 in a breathless second leg of their semi-final on Sunday.

The Blues were 2-1 down from the first leg in Germany last week but turned the tie around at Kingsmeadow to progress 5-3 on aggregate.

Chelsea will play Barcelona in the final in Gothenburg on May 16 and are still capable of winning an unprecedented quadruple under Emma Hayes this season.

Fran Kirby put Chelsea ahead in the tie on away goals in the first half but Bayern restored the initiative through a spectacular strike from Sarah Zadrazil.

Chelsea are the first English side since Arsenal in 2007 to reach a European final.

Before facing Barcelona, Chelsea could wrap up the WSL title with wins over Tottenham on Wednesday and Reading on Sunday.