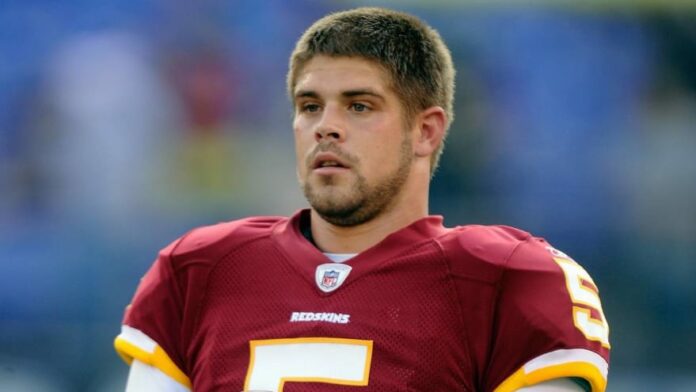 Colt Brennan, a star quarterback at the University of Hawaii who finished third in the 2007 Heisman Trophy balloting, died early Tuesday, his father said. He was 37.

Brennan, who has had public struggles with alcohol, died at a hospital in California, his father, Terry Brennan, told The Associated Press.

“He just spent one too many times on the dark side of life, and it caught up with him,” Terry Brennan said of his son.

Brennan transferred to Hawaii after stints at Colorado and Saddleback College in California. A certain pro prospect, he bypassed the NFL draft in order to play his senior year for Hawaii coach June Jones.

Brennan led the Warriors to its finest season ever, going 12-0 in the regular season.

In 2008, Georgia ended Hawaii’s hopes for an unblemished record, defeating the Warriors 41-10 in the Sugar Bowl.

He returned, in part, to pay back to a school and a coach that gave him a second chance, and he had no regrets.

“Hawaii has inspired me to do a lot of great things,” he told The Associated Press in 2007.