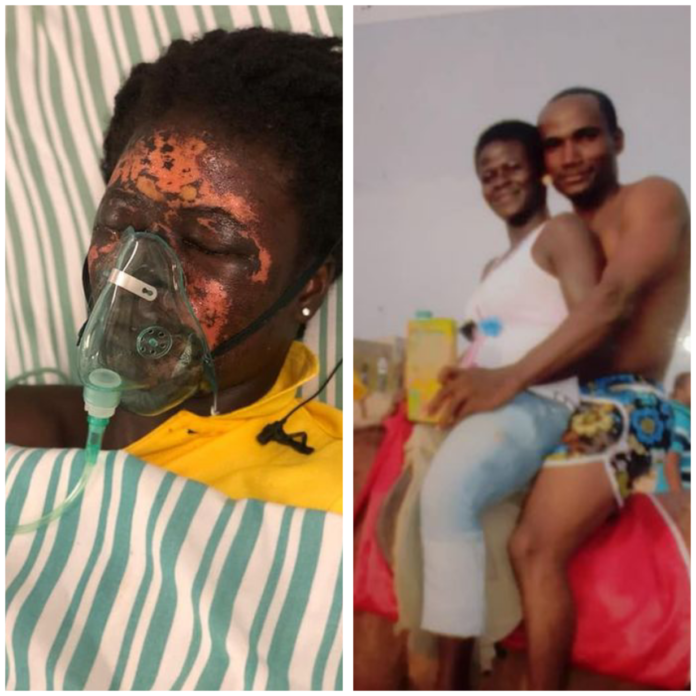 The Weija Circuit Court in Greater Accra Region, Ghana has sentenced a man, Papa Nii, to ten years imprisonment for bathing his wife with acid.

The victim, Ofeibea Florence Aryee, moved to her father’s house after she was kicked out by her husband. Papa Nii later went to meet his father-in-law in guise of asking for forgiveness but sneaked into the bathroom where his estranged wife was bathing and poured acid on her.

The Executive Director of Crime Check Foundation, Ibrahim Oppong Kwarteng, who confirmed the development, said Papa Nii was sentenced on Monday, May 10. 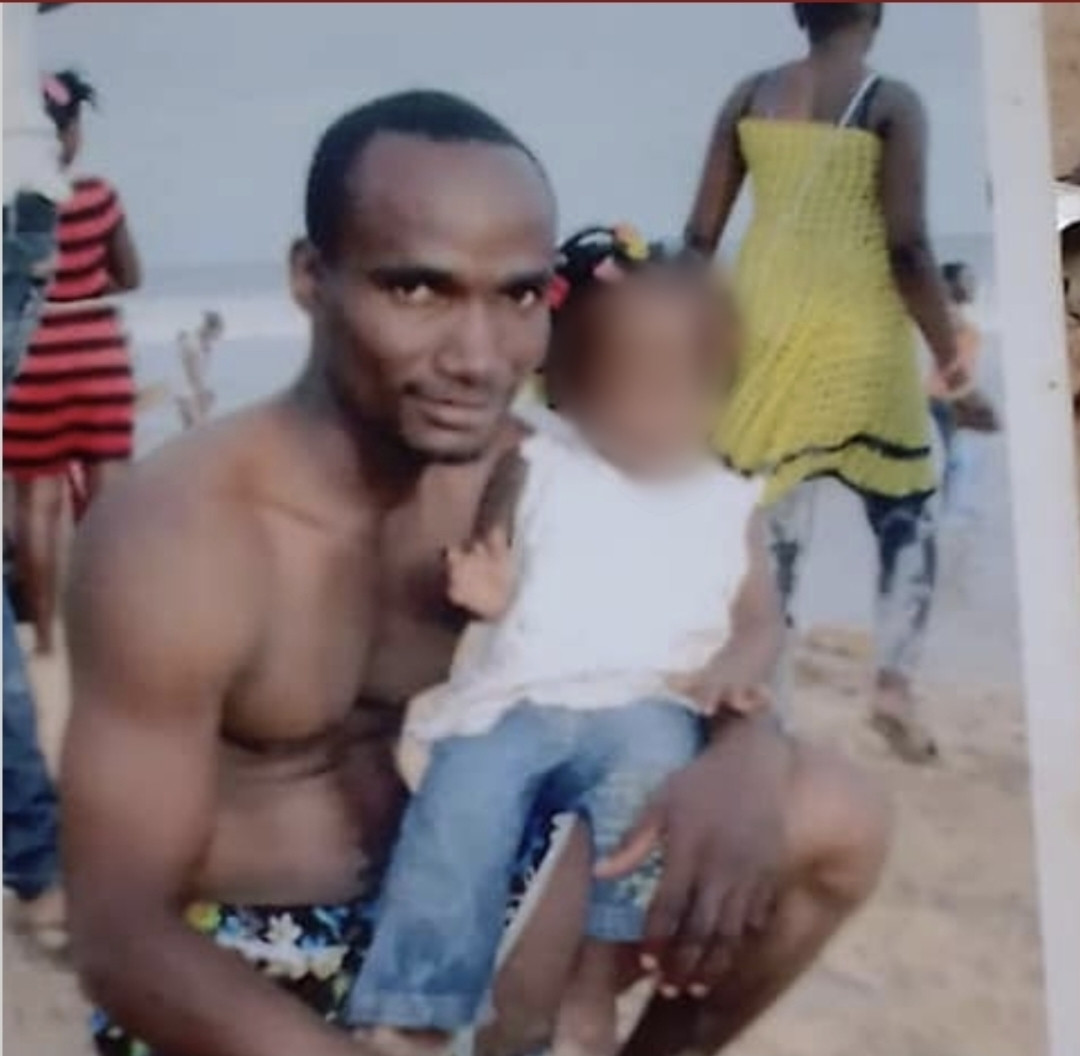 “The law bites and those who perpetrate atrocities like this should be dealt with accordingly. No matter how somebody might wrong you, there is no cause to attack the person with acid.” he said.

Giving an account of how she was attacked, the woman said Nii drove her away to her parents but later came back to her family house pretending he wanted to apologize to her to come back to live with him.

She said her husband had a concealed acidic substance on him and when she was going to take her bath he followed her and poured it on her. On her sick bed, she vowed not to continue the marriage. 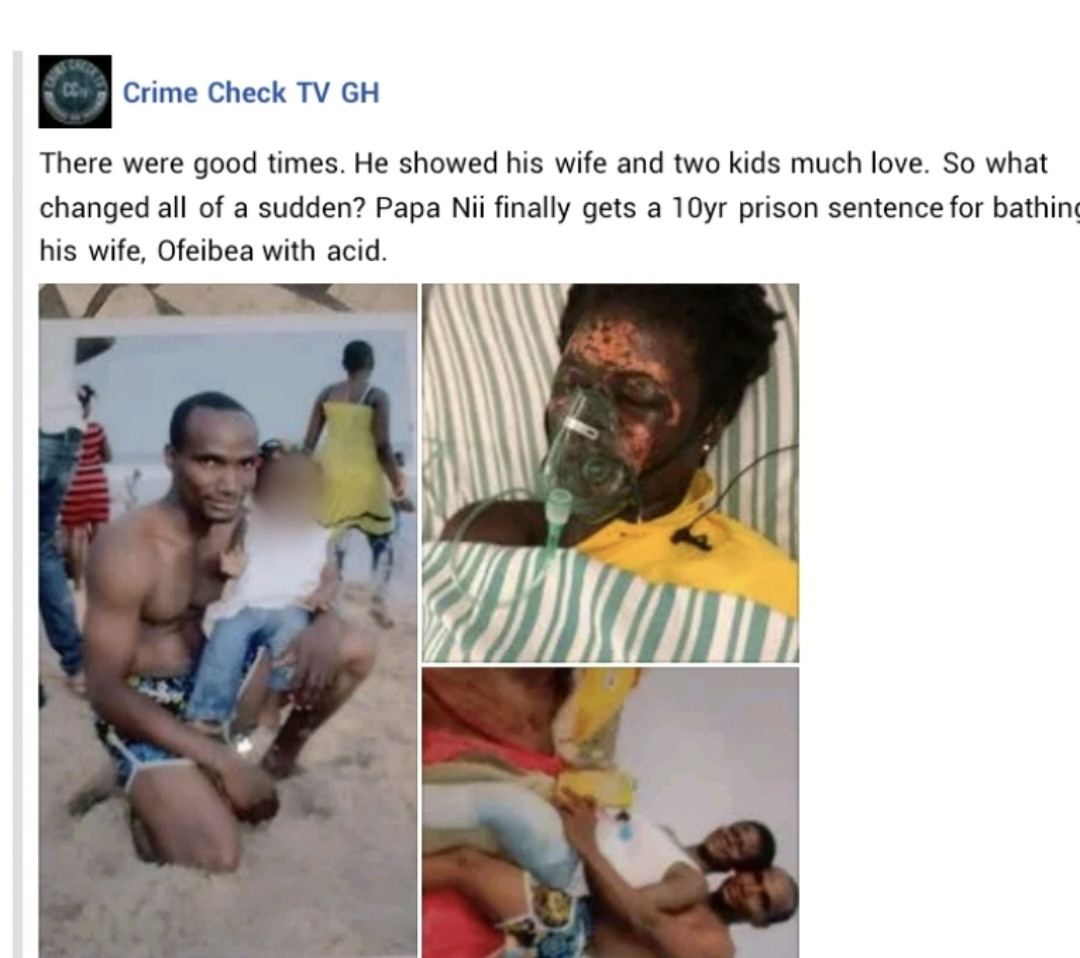 “My husband told me he does not want to stay with me again so he threw my things out. I went to have my bath and he followed up with the acidic substance and poured it on me.” She told crimecheckghana.

Florence’s face is badly bruised, she is unable to open her eyes and she breathes with difficulty.