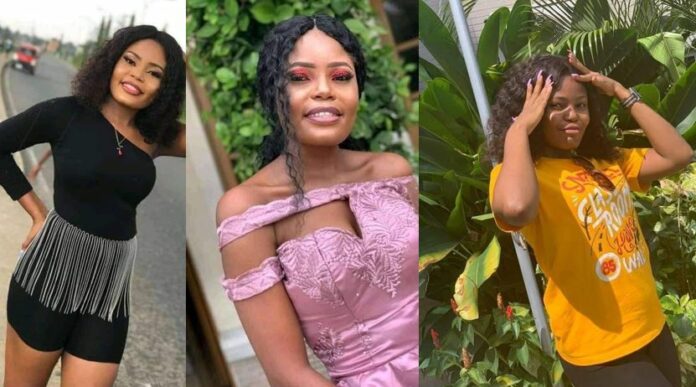 A Superintendent of Police, Samuel Ezeugo, and a civil servant, Kufre Effiong, have explained their links to Frank Akpan, the suspected killer of the slain job-seeker, Iniubong Umoren.

According to records obtained from his mobile network provider published Monday by Newswire, Mr Akpan, shortly before his arrest, had telephone conversations with Messrs Ezeugo and Effiong, a revelation that has raised suspicion of conspiracy.

Mr Ezeugo heads the police division that supervised the arrest of Mr Akpan while Mr Effiong, a civil servant at the Federal Ministry of Niger Delta, is a close relation of the suspect.

However, in separate interviews, both men explained to this newspaper that they were only in talks with the culprit to facilitate his arrest.

Background
PREMIUM TIMES reported how 26-year-old Ms Umoren, a fresh graduate of the University of Uyo, was found dead 48 hours after she left home to honour a job interview scheduled by Mr Akpan at a location on the outskirts of Uyo, the Akwa Ibom State capital.

The murder suspect, who, according to the police, later confessed to being a serial rapist, confirmed raping and killing the missing lady. He also claimed he buried her in a shallow grave in his father’s compound, after raping her.

“On 30/04/2021, the Command received a report on the disappearance of the victim. Following available leads, men of the Anti-Kidnapping Squad of the Command, led by CSP Inengiye Igosi, consolidated on the initial great progress made by the DPO Uruan, SP Samuel Ezeugo and arrested the perpetrator who confessed to have lured his victim to his house in the guise of giving her a job but ended up sexually and physically assaulting her which led to her death.

“To cover his tracks, he dragged and buried her in a shallow grave in his father’s compound,” Odiko MacDon, the Akwa Ibom Police Command spokesperson, said.

Timeline
The timeline of events showed that Ms Umoren set out for the interview on April 29. Her Lagos-based friend, Umo Uduak, who initially raised the alarm on social media, informed the Urua police division on April 29 but the operatives did not swing to action until April 30, following a 24-hour guideline. The police usually wait for 24 hours to see if people declared missing would reappear before launching a search for them.

Mr Akpan’s father was arrested on April 30 and the culprit was arrested later that day. The suspect’s arrest was made on May 1.

The Ezeugo, Effiong connection
As Nigerians continue to demand justice for the late Ms Umoren, Newswire, on Tuesday, published the call logs of Mr Akpan between April 14 and April 30.
Using open-source intelligence tools like cell site locators and true caller app, the newspaper identified some persons the suspect spoke with before his arrest, including Messrs Ezeugo and Effiong.

According to the newspaper’s analysis of the available data, Mr Akpan put a call across to Mr Effiong at noon on April 30. The latter called back shortly after the first call ended.

A few minutes after, Mr Effiong sent Mr Ezeugo’s telephone number to the culprit, who called the police officer immediately after.

The conversation between the senior police officer and Mr Akpan went on for 93 seconds. What they discussed remained unclear since Newswire said it was unable to access a recording of their conversation.

While details of their discussions remained unknown, the Newswire article suggested connivance between Messrs Akpan, Ezeugo, Effiong, and the other people who spoke with him on the telephone. The report suggested some might have colluded to kill Ms Umoren while some others might be engaged in a cover-up scheme to free the suspect.

The article also conjectured that some people who telephoned Mr Akpan or stay in locations around where Mr Effiong was as he communicated with the suspect might be connected to a human parts trafficking syndicate.

As of the time of this reporting, PREMIUM TIMES could not access the conversation records of the suspect and those he spoke with and was, therefore, unable to determine the culpability or otherwise of the individuals. In any case, call logs alone do not offer sufficient evidence upon which individuals can be accused of crimes, law enforcement veterans say.

“At 4.32 PM on April 30, Frank then makes one of the most interesting phone calls in this entire story. Truecaller pulls up the details of the recipient of the phone call with the number

+2348032939326 – one “Kufre Effiong.” Unlike the other people Frank has been known to associate with, Kufre Effiong appears to be from a different world,” Newswire reported.

“On April 30, at 4.40 PM, Frank Akpan placed a call to someone with the number +2348034386086. At this point, I trust it will not shock you to know that when I ran this number through Truecaller, the name that came up was none other than (Mr Ezeugo) …In other words, while the Akwa Ibom Police Command is releasing statements claiming to be solving a crime by arresting a suspect, the suspect was actually making telephone calls to one of the police officers who would later “arrest” him, and speaking to him for a minute and a half,” it read further.

“So putting the entire picture together, we have what appears to be a well-connected criminal gang in Akwa Ibom with links to the police and the Federal Ministry of the Niger Delta, which specialises in sourcing human organs either for the purpose of selling to the international black market or to service local politicians who believe in ritual human sacrifice,” the paper stated, tracing their address to Plot 58, G Unit, Ewet Housing Estate, the Uyo branch office of a medical NGO called the Center for Clinical Care and Research (CCCR Nigeria).

“The first is that the Uyo Branch office of an organisation which specifically offers “supply chain management of health commodities” may have been commandeered by an illegal organ trafficking ring to feed the booming global black market organ trade,” the report speculated.

Meanwhile, there was an unknown number (+2348122386922), which was more frequent in the logs but could not be traced to anyone. This unknown person contacted Mr Akpan no fewer than 12 times between April 4 and April 27, with an estimated talk time of over 192 seconds.

“Finding the individual who owns the telephone number +2348122386922 is central to unravelling the mystery of why Iniobong Umoren had to die, how many more like her have died in the past, and most importantly, who are the big fish behind the entire operation. Exactly what is going on at 58, G Unit, Ewet Housing Estate is another key question that must be answered.”

”Welcome to next level”- Nigerians react to fresh increase in petrol...