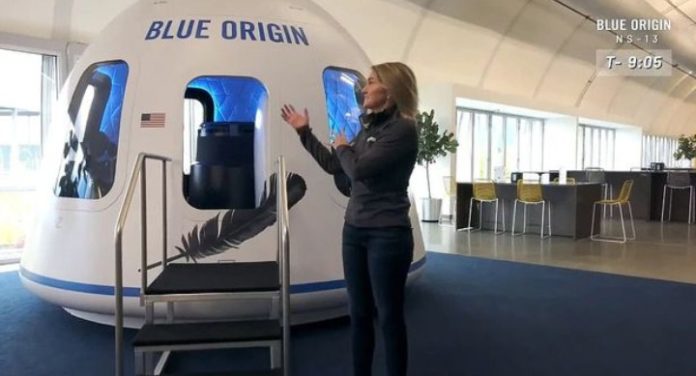 Billionaire Jeff Bezos’ space rocket New Shepard is prepared and ready for the next stage of the process with tickets primed to go on the market, Blue Origin announced.

Blue Origin announced it will soon begin selling tickets for rides but kept a lot of details hush-hush.

They didn’t reveal how much the tickets will cost but insisted more details will arrive only days away on May 5. 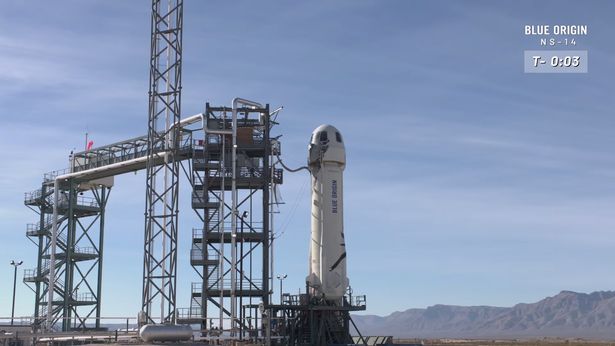 The New Shepard is designed to carry as many as six people on a ride past the edge of space and into the atmosphere.

Capsules on previous flight tests reached a whopping altitude of more than 340,000 feet.

“Guys, how exciting is this – come on!” Bezos said in the video.

If potential customers are hoping to bag a ride, they’ll need to submit their name and email on a form on the company’s website.

“Sign up to learn how you can buy the very first seat on New Shepard,” it wrote.

The Amazon founder is driving across the Texas desert in the remote location of the New Shepard launch facility.

The rocket is designed to carry up to six passengers past the edge of space where people will spend around 10 minutes in zero gravity before venturing back to Earth.

It will also feature windows to provide a view only a select few humans have experienced before.

New Shepard launches vertically with the booster detaching during takeoff and later returns to a concrete landing pad nearby.

The landing is slowed via parachutes when it comes back to Earth.

Virgin Galactic, from Sir Richard Branson, has held its ground in the niche space sector of tourism. 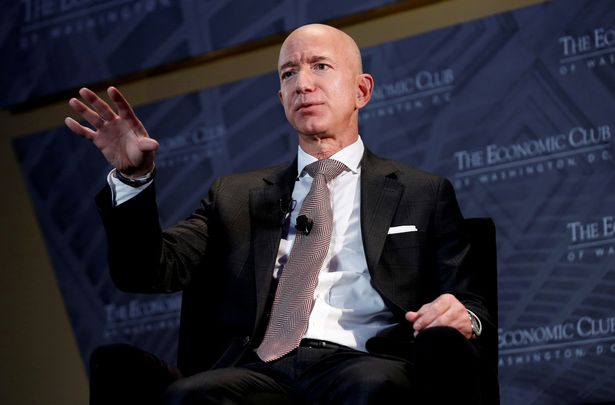 Although the company expects prices could increase for the first commercial flights.

Virgin Galatic has also said it expects demand for space tourism flights to outpace supply over the next 10 years, allowing both companies to succeed.