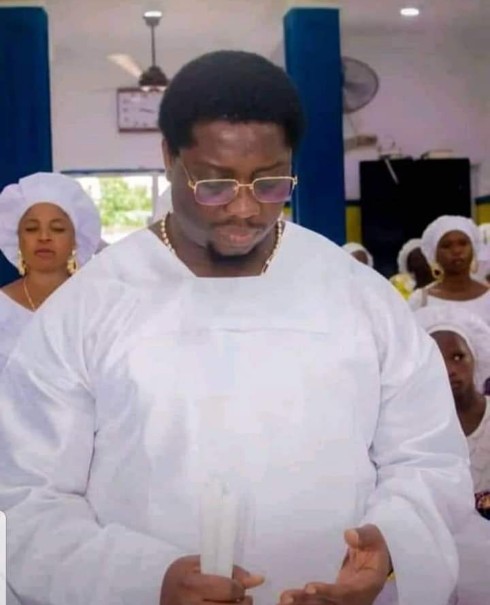 Lagos socialite Kayode Badru has reportedly died after being involved in a fire accident at a Celestial Church of Christ in Lagos.

The deceased was said to have flown into the country from Dubai for the graduation of the 40 people he sponsored to Academy For Innovative Art And Technology (ACIATECH).

Kayode Badru breathed his last on Wednesday, May 5.

According to reports the socialite was in the church for Isegun (Victory) church service.
It is reported that he was asked to kneel down in the middle of the church with many candles lit all around him while he was also holding one candle.

The prophets then poured perfume on his body from his hair to toe.
His body was said to have caught fire and he was rushed to the hospital at the Gbagada area of Lagos where he Died.

The incident happened on Wednesday, May 5 2021. May his soul rest in peace, amen!