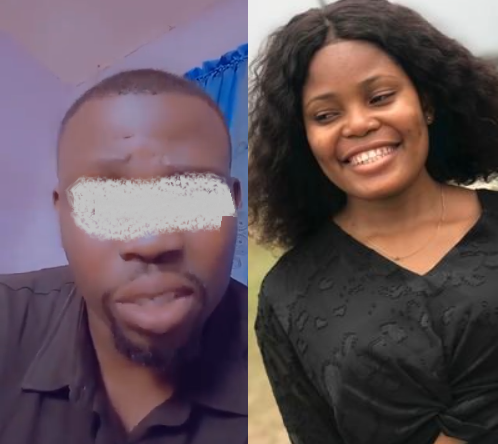 Twitter users are hounding a man to produce a missing woman after she went missing when she left home for an interview.

Iniobong Umoren left for an interview on Thursday, April 29, and hasn’t been seen since then.

Her friend took to Twitter to raise an alarm. She said she called Iniobong on phone to find out if she has arrived at the interview location in Akwa Ibom but heard her screaming before the phone went dead. Her phone hasn’t been reachable since then

Their last chat shows Iniobong saying she’s taking a bike to the venue because it’s too far and she’s yet to locate the place.

Well, Twitter users began going through the timeline of the missing woman and they found a tweet she made, indicating interest in a job offer posted by a male Twitter user.

The man, with the Twitter handle @MiraclePapaa and the username Sir Edem, had tweeted: “Will you work in a construction company as a secretary? I like you bring your CV to Udo udomma Avenue. The name of the company is u&k limited.”

Iniobong replied: “Yes please, I would love to. Can I send a DM for more information please?” 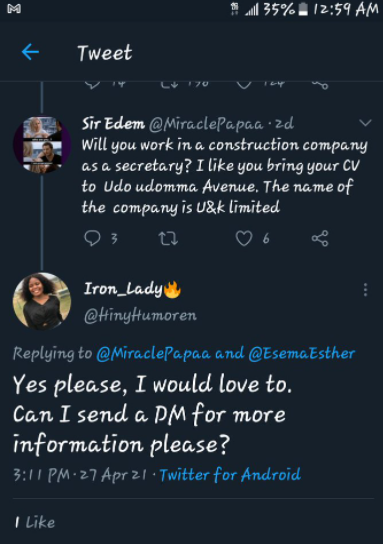 This Twitter exchange was on Tuesday, April 27. She left for the interview on Thursday, April 29, and hasn’t been seen or heard from since the last call where she was allegedly screaming.

Twitter users took to Sir Edem’s account, accusing him of knowing something about the woman’s disappearance – an accusation he has denied.

Sir Edem went on to change his handle and username a number of times and this made Twitter users even more suspicious. They asked why he keeps changing his Twitter handle if he has nothing to hide.

They also shared screenshots of his tweet with the missing woman and asked him to tell them where the U&K company is located as it can’t be found anywhere in Akwa Ibom or on Google.

Sir Edem said he never invited the woman for any interview.

He later released a tweet that reads: “I don’t know anything about this please. Have returned my user name to the normal. Am not running too. But if I don’t survive this. Let it be known that I am innocent of this Crime against Humanity. Let people who accused me keep calm. It will soon be over.” 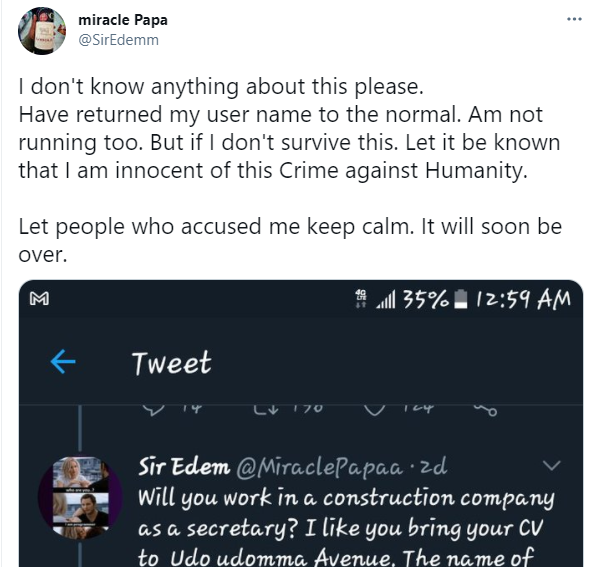 Sir Edem was asked to show evidence of his chat with the missing woman and he later did.

The screenshot shows that she sent him a DM on Tuesday, April 27. His reply came in on Thursday morning, the day the woman left for the interview. But it only shows him asking her to send her CV. 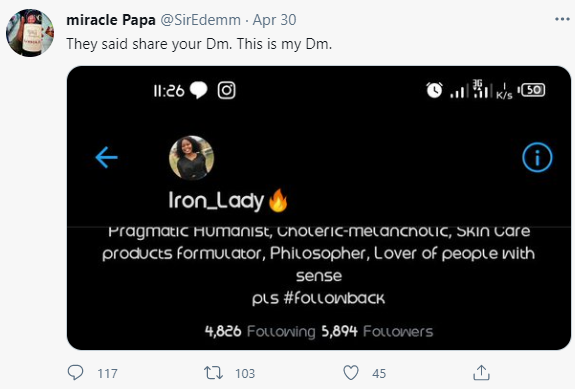 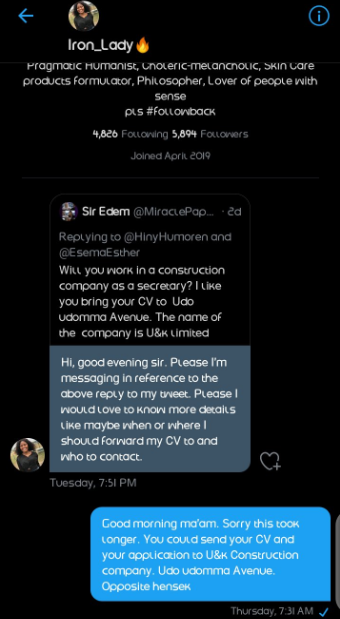 Twitter users are accusing him of editing the chat, with some pointing at the side indicator in their chat, which they say points to the fact that there are other messages he isn’t showing. 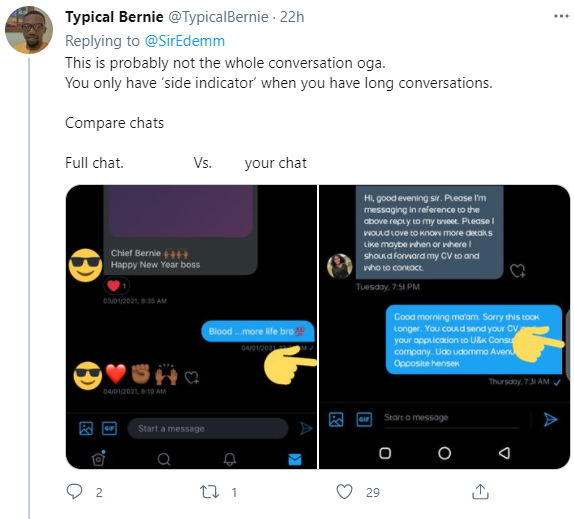 The man insists he knows nothing about the missing woman and says he’s been to the police station.

He tweeted: “Am at the police station right now. Please am begging Nigerians. I didn’t commit such crime or met any lady. I was at the office through out yesterday. This could be confirmed.” 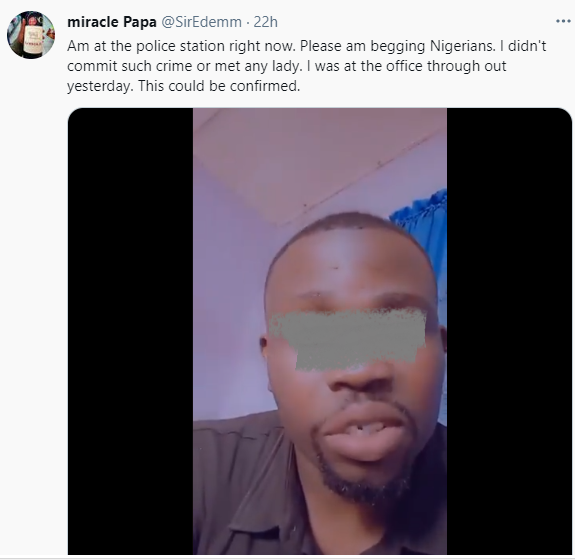 #FindHinyUmoren is the number 1 trending topic discussed by Nigerians on Twitter.

Below are chats from Twitter users accusing Sir Edem and poking holes in his story. 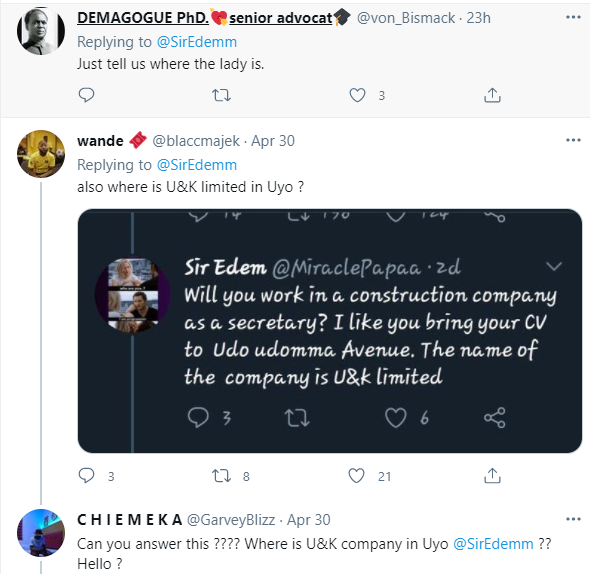 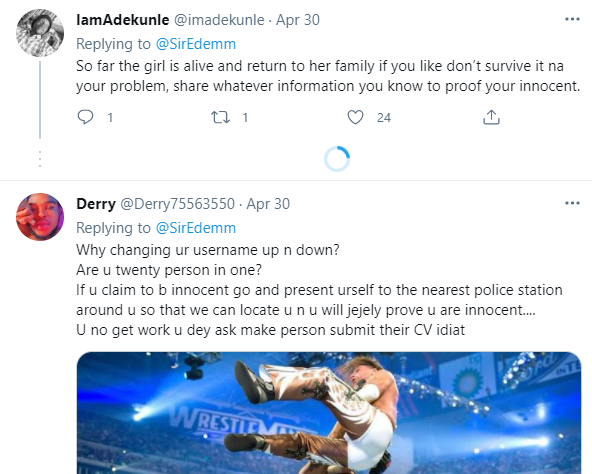 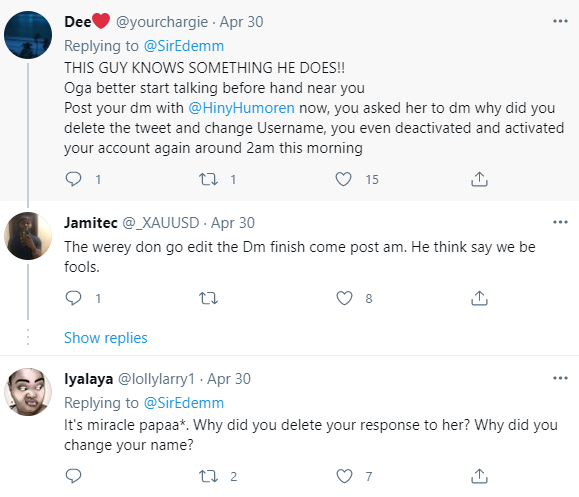 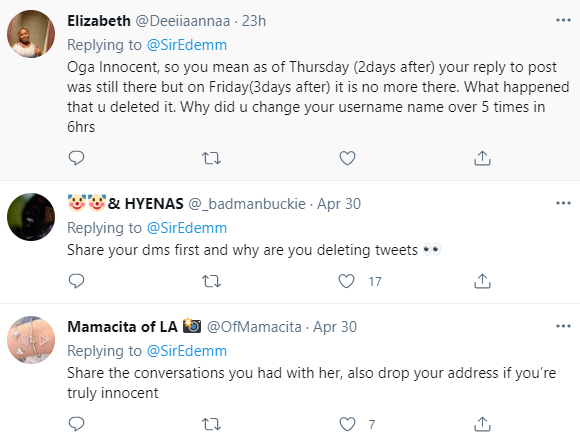 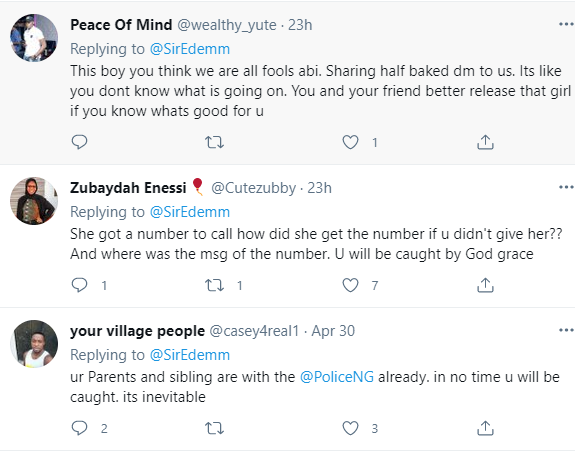 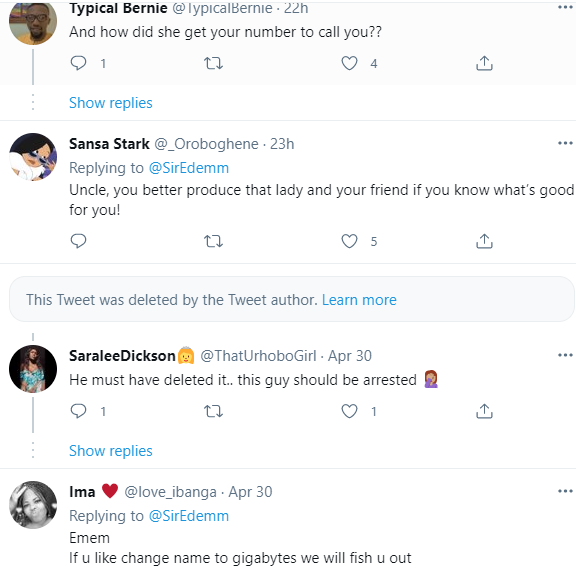 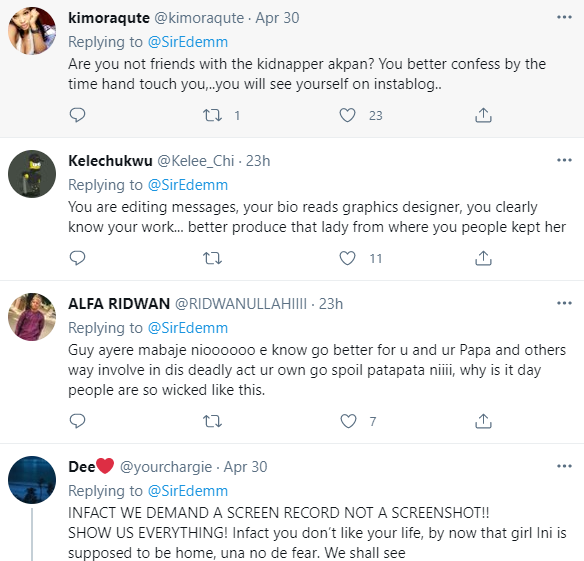 Fears over India’s ‘mystery fever’ after 50 people die in one...