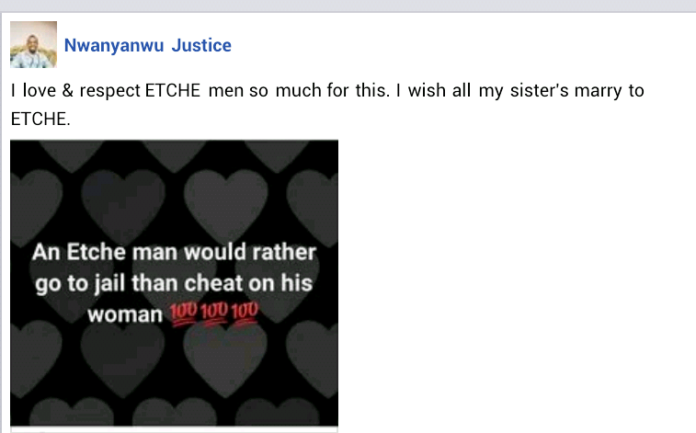 A Nigerian man, Nwanyanwu Justice, has claimed that Etche men are faithful and would rather go to jail than cheat on their wives.

Etche is one of the Igbo sub groups in Rivers State. The people inhabit two Local Government Areas in the state, namely Etche and Omuma.

The University of Port Harcourt graduate, who stated this on Monday, May 3, said he wish all his sisters to marry Etche men.

“I love and respect Etche men so much so for this. I wish all my sisters marry to Etche” he said.

Highlights: Arsenal Defy All Odds To Qualify For The Champions’ League...