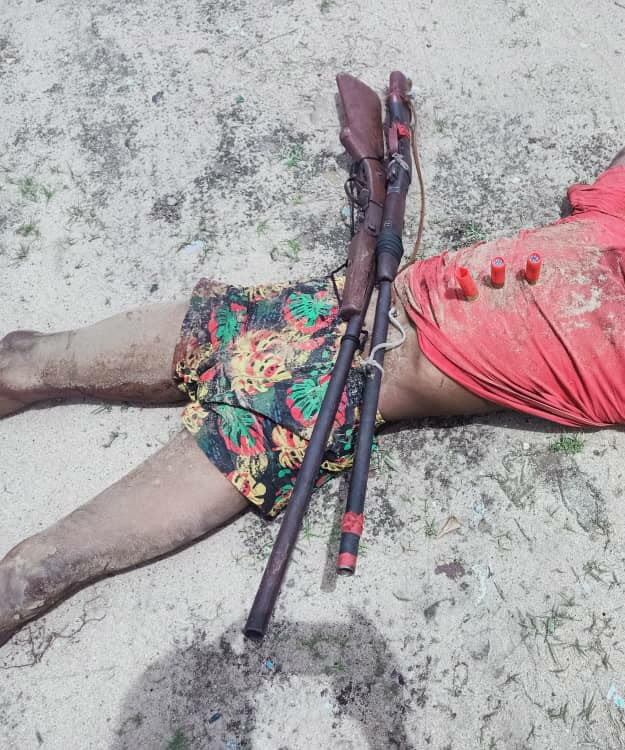 A notorious criminal identified as Ugbaudu Williams, a.k.a Beleke, has been shot dead by his partner in crime in Ethiope West Local Government Area of Delta State.

Acting spokesperson of the State Police Command, DSP Edafe Bright, who confirmed the incident on Friday in Warri, said the deceased and his accomplice, Desmond, now at large, went on a robbery mission at Ijomi village near Oghara.

“On the 5/5/2021 at about 0405hrs, a distress call was received from an indigene of Ijomi village that in his compound at the above village, his dogs started barking signifying the presence of danger within the compound that he came out to inspect what was happening when he saw two armed boys,” Edafe stated.

“The DPO Oghara division deployed patrol team to the scene, the suspects on sighting the police, took to their heels. The suspects ran into the nearby bush which was later combed by a combined teams of police and vigilante teams where one Ugbaudu Williams ‘m’ 31yrs a.k.a Beleke, a notorious criminal was found fatally shot on his right hand and was seriously bleeding.

“He confessed that he was shot by one Desmond his partner in crime. He was taken to his house for a search where another locally made barrel gun was recovered with two live cartridges, one expanded cartridge was recovered. He was rushed to the General hospital Oghara for treatment where he gave up a ghost while receiving treatment. Manhunt for the fleeing suspect is ongoing.”