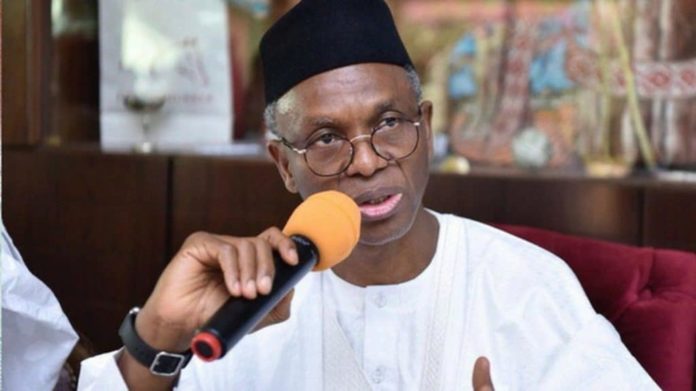 Governor Nasir El-Rufai of Kaduna state has lashed out at Governor Samuel Ortom of Benue state who he described as a failure.

Speaking after a video of Ortom addressing protesters after some killings in Benue State was played during a webinar organised by the Africa Leadership Group, El-Rufai stated that the Benue state Governor is not someone he takes seriously.

He further claimed that Ortom attacks the federal government to hide his failure. El-Rufai said;

“I did not hear what Governor Ortom said (in the video) but I know him and he is not somebody I take very seriously, frankly. He has other issues of governance that he is using the Federal Government as a punching bag to distract attention from his failures.

“Go and find out how many months’ salaries are being owed teachers and public servants in Benue State then you can understand a lot of what Ortom is doing.”

The Kaduna state Governor who further stated that security agents need more weapons and there is a need to increase the number of operatives, added that there is an issue in the Armed Forces and the police as they have lost significant confidence in themselves and their institutions.

“We have a serious national problem. I wouldn’t say we are totally helpless but we are in a situation where the Armed Forces and the police have lost significant confidence in themselves and their institutions.”