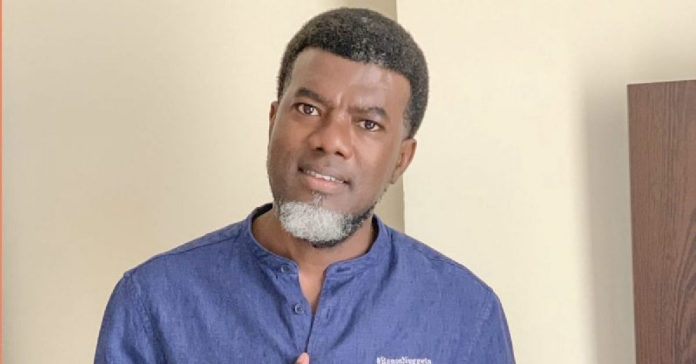 Former Presidential Spokesperson, Reno Omokri who triggered an outcry with his tweet about single mothers, has shared another post in which he defended his stance.

In new tweets he shared, Omokri said single motherhood has devastated the Black race. The former Presidential spokesperson pointed out that most Black males in US prisons come from single mother homes and the Black race should stop acting like it is not a challenge.

In New York, more Black babies are aborted than are born. No other race has such shameful statistics. If my sexual purity teaching annoys you, I invite you to visit the motherless babies home God helped me build, to see the effect of premarital sex

78% of all babies born to African American women are born by single mothers. The Black world should stop pretending this is not a challenge. No other race has such an abysmal rate of single mothers. Most Black males in US prisons come from single mother homes! 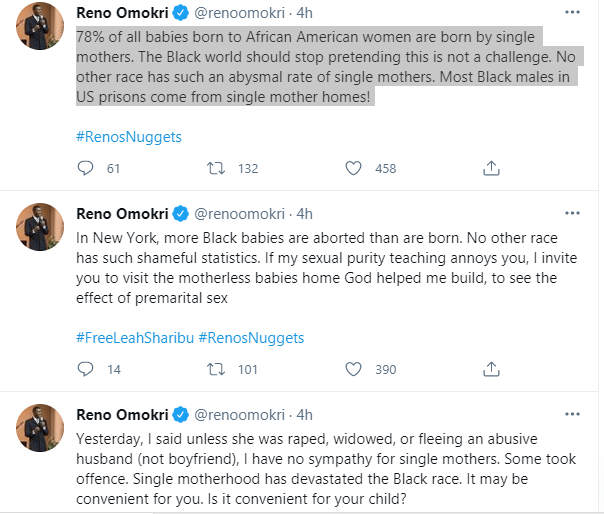