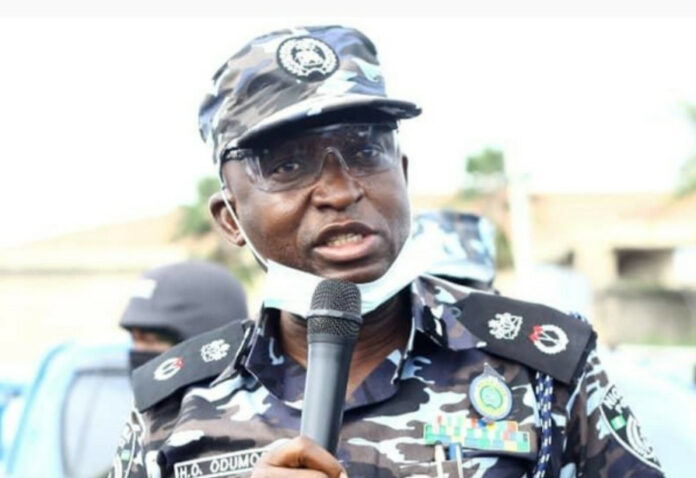 The Lagos Police Commissioner, Hakeem Odumosu, says the state police command and other security agencies in the state are currently investigating reports of threats of violence to be carried out by suspected members of the Oodua Republic and the Indigenous Peoples of Biafra (IPOB) in the state.

Odumosu said this at a stakeholders’ forum on security chaired by Governor Babajide Sanwo-Olu at the state secretariat, Alausa on Monday May 10. Odumosu added that the threats have been put on the radar of the Lagos Command intelligence-gathering unit to ensure that any possible threat by the gunmen and the groups would be prevented before it occurred across the state.

“The command has taken notice of agitators for Oodua Republic by some Yoruba separatist groups and the threats to disrupt law and order in the state. Twenty four of these groups have been identified and being closely monitored. “Similarly, the threat of IPOB to attack soft targets in Lagos is equally being put on the radar of the command intelligence gathering and other security services in the state. Strategies are being put in place to neutralise their activities.

The command is using this medium to solicit for the support of all and sundry to be vigilant at all times and report any suspicious person or movement to security agencies. Let us adopt the slogan of “when you see something, say something.”

Suspected IPOB members have been accused of being behind attacks on different security facilities in the South East. There have been rumors that the members of the secessionist groups might also attack some facilities in Lagos state.

Photo of the day: Pic of a wrestler carrying Michelle Obama